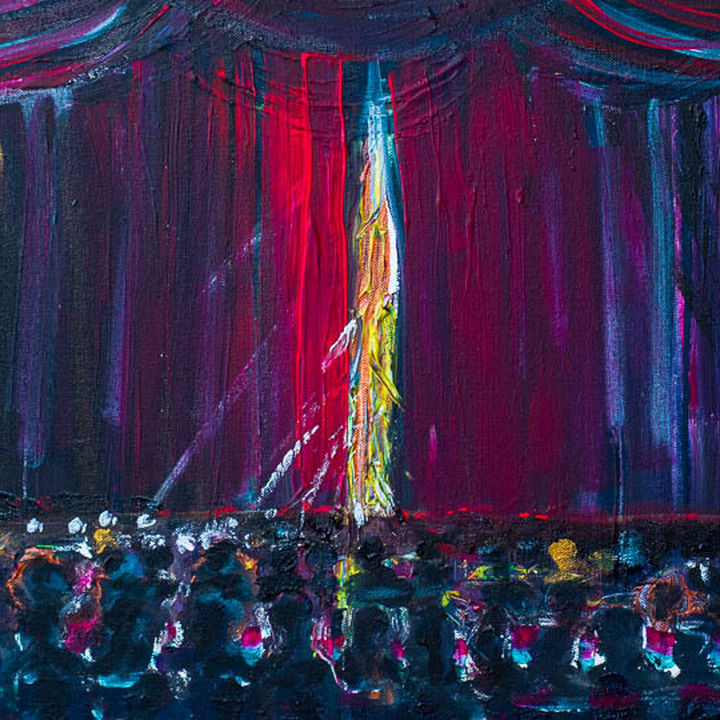 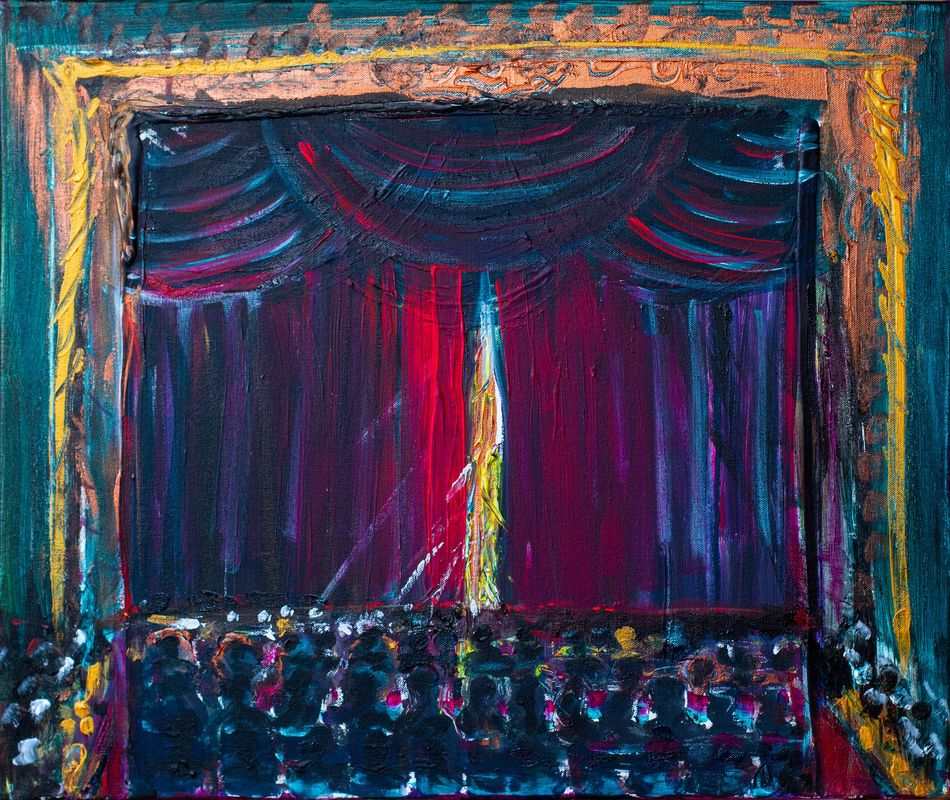 The movement and color in this painting, "We Wait," by Judith Barcroft capture the sense of eager anticipation in response to 2 Peter 3:13.

13 Nevertheless we, according to his promise, look for new heavens and a new earth, wherein dwelleth righteousness.

I have been in the theater for over 50 years, and there is nothing more exciting and mysterious for me than that moment, waiting in darkness, as the curtain is about to go up, and reveal a whole new world! My painting of the audience waiting illustrates our waiting for what is promised; a theatrical moment in God’s time!

Judith Barcroft was in her first art show at the age of five at the Virginia Theological Seminary where her father was studying to be an Episcopal priest.

Judith studied art at the Borghese Gallery in Rome and at the Art Students League of New York where she won a merit scholarship and served on the board. She won a certificate of merit for outstanding work in collage at the Salmagundi Club.

She is especially interested in spiritual art, and her work illustrating Lauds in the Book of Hours will be on display at the Church of Heavenly Rest in New York beginning January 10, 2019.

Judith is also an actress, having appeared in seven Broadway shows, over 100 regional productions, and 12 years of television.