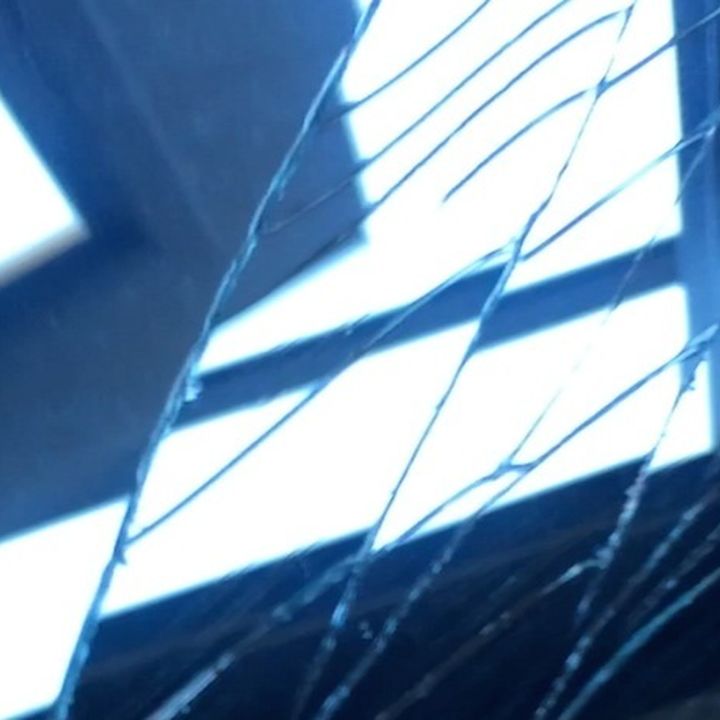 Artist Russell Borne's compelling video piece is a response to the theme of "healing" and Romans 5:3-4.

3 And not only so , but we glory in tribulations also: knowing that tribulation worketh patience; 4 And patience, experience; and experience, hope:

I am interested in the disparity between idealized versions of reality and everyday life. Mirrors are used to both scrutinized and admire, it is the object that either reflects or shatters our desired version of ourselves. It is the gaze being met by the other that informs identity. That struggle of self identity is met by daily success and failures, the true measure of your character. This video is an illustration of healing based on a passage from The Book of Romans “More than that, we rejoice in our sufferings, knowing that suffering produces endurance, and endurance produces character, and character produces hope” – Rom. 5:3-4

Russell Borne is a sculptor, conceptual artist, and designer living in Portland, Oregon. He received an MFA from Cranbrook Academy of Art and a BFA from Oregon State University. His work is influenced by Science Fiction novels of the 50’s, Relational art theory, Modern design, and philosophies of sex, identity and society. His sculptural and performance practices question the relationship between a true experience and a constructed one. His works inverts our relationship to an object and forces one to reconsider it and become in awe of it’s newness no matter how mundane its origin. Borne’s work has been seen at museums, galleries and film festivals such as the Art Institute of Portland, TinnyFilmFestival, Fairbanks Gallery, and the Cranbrook Art Museum.

Most Sparks for Romans