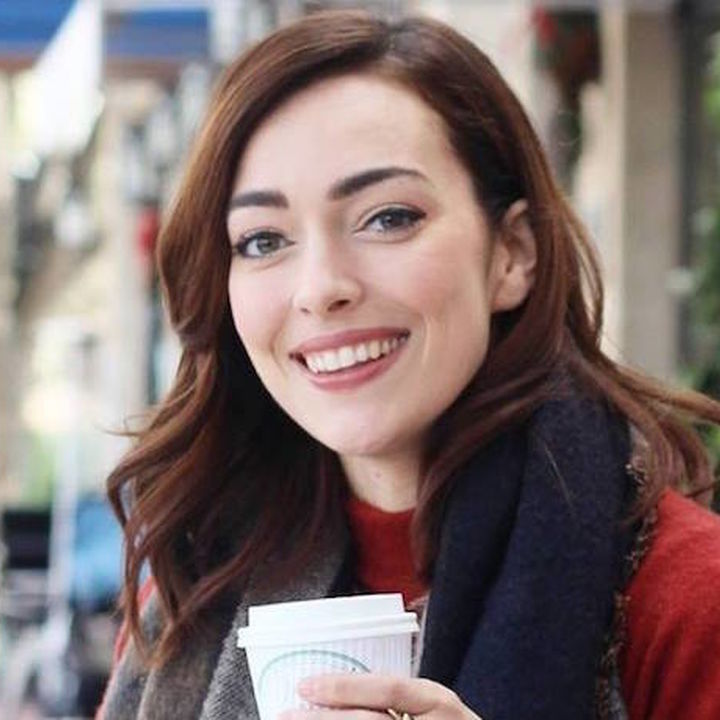 Multi-talented artist Janielle Kastner explores the similarities between us and those whom we would distance ourselves from in this vulnerable and raw poem based on Jude 1:5-7.

5 I will therefore put you in remembrance, though ye once knew this, how that the Lord, having saved the people out of the land of Egypt, afterward destroyed them that believed not. 6 And the angels which kept not their first estate, but left their own habitation, he hath reserved in everlasting chains under darkness unto the judgment of the great day. 7 Even as Sodom and Gomorrha, and the cities about them in like manner, giving themselves over to fornication, and going after strange flesh, are set forth for an example, suffering the vengeance of eternal fire.

From the Artist
​I have a long-standing (and complicated) personal and literary relationship with the Bible. Ever since... Read More

I have a long-standing (and complicated) personal and literary relationship with the Bible. Ever since I was a child, I have wrestled with my place in this giant story. As a little girl, I would skip to any book with a female title, asking my mom to read and re-read Esther and Ruth. (Perhaps this practice is the origin of my decidedly feminist approach to storytelling and female representation.) I often found myself most concerned with the wrong protagonists, taking a side entrance into important Biblical moments. (But what exactly is the backstory on “Potiphar’s wife”? Why do the Egyptians’ horses have to die in the Red Sea too, what did they do wrong?)

Oftentimes the Bible was used in damaging, distorted ways, but in its purest essence the Bible was a launching pad for my writing and theatrical career. These pages were my very first exposure to long-form poetry, to lyrical expression, to the precise way words can explode onto a crowd when spoken with intention from a stage.

Jude 1:5-7 is not one of those passages teeming with metaphor and beauty. When commissioned for this piece, I felt myself on the outside of these words. And then I found myself ten years old again, not relating to the writer or the recipients of Jude’s epistle, but instead fascinated by the point-of-view of the cautionary tale: the ambitious fallen angels who “he [God] has kept in eternal chains under gloomy darkness until the judgement of the great day”. Never had it occurred to me these angels might be shackled in hell, as prisoners beneath humanity, watching us from below. These creatures who knew what heaven was – what must they think of us humans who have never tasted holiness? What must it be like to watch us rebel and inflict pain and then ask for redemption, while as angels they were eternally banished for rebellion on the spot? And would angels have nuanced thoughts? They probably have a pretty direct
communication style, right?

What follows is a poem juxtaposing the fallen angels’ perspective on humanity with fragments of true stories transcribed from real humans who, like me, know what a complicated thing it is to regret. I asked for 30-second anonymous submissions, and transcribed every pause, stammer, and “um”. By asking people to describe a moment they treated someone as less than human, I suspected I might tap into unique tiny moments of spiritual captivity, not unlike the trapped angels themselves. I wondered how readily people would be able to pinpoint a moment they treated someone as less than human, if we innately feel that betrayal of dignity in our own bodies as well. The answers were sad and small and confusing and heart-breaking and lovely. To deny another’s humanity is to cast them in darkness, it is a momentary experience of hell on earth. This poem is intended as the opposite gesture, standing in the light together and fully acknowledging our shoddy hindsight, our too-late empathy, our messy, worthy humanity.

Biography
​Janielle Kastner is a writer, performer, and producer based in Dallas, Texas. She was recently named “Best... Read More

Janielle Kastner is a writer, performer, and producer based in Dallas, Texas. She was recently named “Best New Playwright” in Dallas Observer’s Best Of 2016, and her play OPHELIA UNDERWATER was selected as one of TheaterJones’ “Best New Play by Local Writers”. Other plays include FEED ME and HEAVEN’S GATES, HELL’S FLAMES. She is an inaugural member of the Dallas Playwrights’ Workshop at Dallas Theatre Center with Will Power, and her plays have been produced by WaterTower Theatre’s 24 Hour Play Festival, L.I.P. Service Theatre Company, The 1 Minute Play Festival, The Stella Adler Academy, and The Tribe, of which she was a founding member and recipient of Dallas Observer’s 2016 “Mastermind Award”.

More of her work can be found at janiellekastner.com.

Most Sparks for Jude