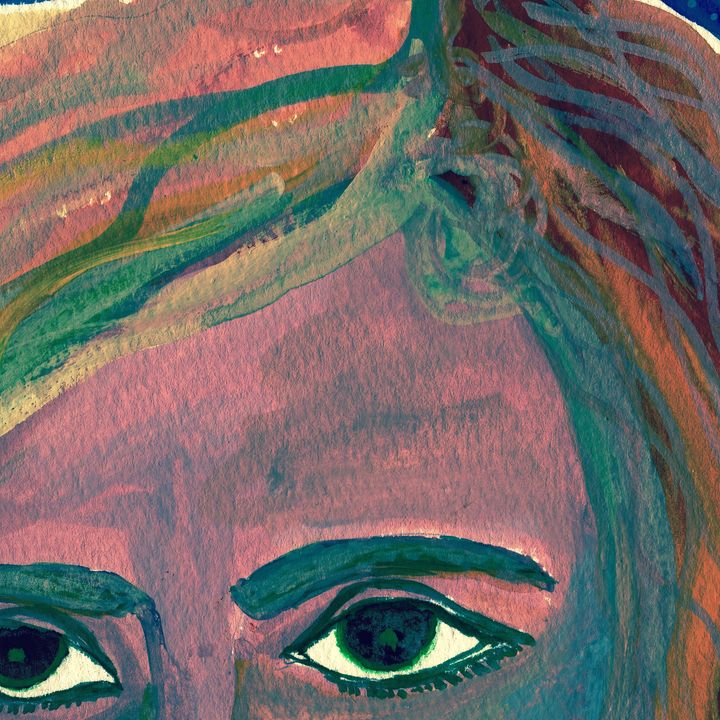 So That They Shall Not Say, This Is Jezebel

Aliki Barnstone’s bold poem challenges the roles and portrayals of women in response to 2 Kings 9:30-37.

30 ¶ And when Jehu was come to Jezreel, Jezebel heard of it; and she painted her face, and tired her head, and looked out at a window. 31 And as Jehu entered in at the gate, she said, Had Zimri peace, who slew his master? 32 And he lifted up his face to the window, and said, Who is on my side? who? And there looked out to him two or three eunuchs. 33 And he said, Throw her down. So they threw her down: and some of her blood was sprinkled on the wall, and on the horses: and he trode her under foot. 34 And when he was come in, he did eat and drink, and said, Go, see now this cursed woman , and bury her: for she is a king’s daughter. 35 And they went to bury her: but they found no more of her than the skull, and the feet, and the palms of her hands. 36 Wherefore they came again, and told him. And he said, This is the word of the LORD , which he spake by his servant Elijah the Tishbite, saying, In the portion of Jezreel shall dogs eat the flesh of Jezebel: 37 And the carcase of Jezebel shall be as dung upon the face of the field in the portion of Jezreel; so that they shall not say, This is Jezebel.

From the Artist
As the child of a Greek mother, all my life I heard the stories of the gods and goddesses and was captivated. When I discovered the work of H.D. as a young poet, I found a poetic expression of my own understanding of continuity of faith. I wrote the introduction and notes for the readers’ edition of H.D.’s Trilogy, and that work made me particularly conscious of the ways that the stories and iconography of the gods and goddesses prefigure, coincide with, and live on in the Judeo-Christian tradition. In the second section of the first book of Trilogy, “The Walls Do Not Fall,” H.D. reveals: ... Read More

As the child of a Greek mother, all my life I heard the stories of the gods and goddesses and was captivated. When I discovered the work of H.D. as a young poet, I found a poetic expression of my own understanding of continuity of faith. I wrote the introduction and notes for the readers’ edition of H.D.’s Trilogy, and that work made me particularly conscious of the ways that the stories and iconography of the gods and goddesses prefigure, coincide with, and live on in the Judeo-Christian tradition. In the second section of the first book of Trilogy, “The Walls Do Not Fall,” H.D. reveals:

nor listen if they shout out
your beauty, Isis, Aset or Astarte

is a harlot; you are retrogressive,
zealot, hankering after old flesh-pots…

In my research, I discovered that Jezebel was probably a priestess of Astarte (and Baal), and was struck again by these lines of H.D.’s about the feminine element, the goddesses becoming “flesh-pots” in patriarchal monotheism. The portrayal of Jezebel in the bible is consistent with the demonization and erasure of women and feminine godheads. Astarte’s divinity encompasses fertility, wisdom, health, magic, healing, death, rebirth, marriage, and more. She is associated with wisdom or Sophia. Her sacred symbol is the dove. She is thought to be Yahweh’s feminine aspect or Shekinah, which becomes the Holy Spirit in Christianity. Isis is the Hellenized form of “Aset” or “Astarte,” the goddess who prefigures the Virgin Mary. I call her the Mother God and use Isis’s name in my poem instead of Astarte’s because, as H.D. shows, the depictions of Isis suckling her son Horus carry forward in the Christian iconography of Mary and the baby Jesus. Another connection between the stories is that Jezebel’s son was murdered, as Christ was.

Just as H.D. found solace in the feminine divine, so, too, did Emily Dickinson, as in the following poem:

Sweet Mountains – Ye tell Me no lie –
Never deny Me – Never fly –
Those same unvarying Eyes
Turn on Me – when I fail – or feign,
Or take the Royal names in vain –
Their far – slow – Violet Gaze –

Dickinson frequently alludes to Greek mythology as a more gentle spirituality than the Calvinist Christianity of nineteenth century New England with which she was raised. Here is the poem in full that I quote in my poem:

The Bible is antique volume
Written by faded men
At the suggestion of the Holy Spectres –
Subjects – Bethlehem –
Eden – the ancient Homestead –
Satan – the brigadier –
Judas – the great Defaulter –
David – the Troubadour –
Sin – a distinguished Precipice
Others must resist –
Boys that “believe” are very lonesome –
Other boys are “lost” –
Had but the tale a warbling Teller –
All the boys would come –
Orpheus’ sermon captivated –
It did not condemn.

I have been profoundly distressed about this election in which white supremacists are supporting a fascist with vulgar hate speech. The work I did for my edition of H.D.’s Trilogy heightens my awareness of the use and misuse of names, particularly the names of female deities. When politicians (not President Obama) and those in the media call the terrorist group ISIS, I, along with others, consider such an appellation misogynistic and racist, as offensive as if people called Daesh “MOSES” or “JESUS.” Since 2000, Isis has been in the top 1000 girl names. Girls and women named Isis are being objectified and bullied because of their name. Just as calling a woman “a Jezebel” is a way of demeaning her as a whore, a schemer, and evil, so too, now, the name of brown-skinned goddess of love and nurturance has been cruelly transformed into an epithet of hate and terror. (Since my poem deals with a woman and women, I’m mostly focusing here on iterations of misogynistic tropes against the feminine aspect of the divine and women in general, but this language extends to all kinds of bigotry.) As I’ve indicated, this hate worship has its roots, sadly, in the scriptures and in patriarchal interpretations. Jezebel is fully erased, so that women are socialized to believe that if they take power and if they speak out, they will be labeled “harlot” and will be punished, even in death, without the dignity of a burial. The mob calls for Secretary Clinton’s imprisonment and assassination. She has committed no crime except being a woman, who happens to be one of the most accomplished persons in the world, seeking the most powerful position on Earth. The hate speech directed at Clinton has its sources in the characterization of such outspoken and intelligent biblical women as Jezebel. The intent of these stories is to effectively terrorize girls and women into submission and silence, so I thought I’d tell a different story.

I am a Christian (as Emily Dickinson and H.D. were in their own ways). Like Dickinson and H.D., I do not take the sum-total of the Judeo-Christian tradition to be a merely binary theology made up of good and evil, saved and damned, faithful and infidel. Instead, I share with my foremothers a more inclusive vision that venerates all expressions of the divine, including the wisdom, justice, kindness, peace, grace, and love in feminine divinity and power.

Aliki Barnstone, is a poet, translator, critic, editor, and visual artist. She is the author of eight books of poetry: The Real Tin Flower (Crowel-Collier, 1968), Windows in Providence(Curbstone, 1981), Madly in Love (Carnegie-Mellon, 1997), Wild With It (2002), Blue Earth (Iris Press, 2004), Dear God Dear, Dr. Heartbreak: New and Selected Poems (Sheep Meadow, 2009), Bright Body (White Pine, 2011), and Dwelling (Sheep Meadow, 2016). She translated The Collected Poems of C.P. Cavafy: A New Translation (W.W. Norton, 2006). Her first book of poems, The Real Tin Flower (Crowell-Collier, 1968), was published when she was 12 years old, with a forward by Anne Sexton. In 2014, Carnegie-Mellon University Press reissued her book, Madly in Love, as a Carnegie-Mellon Classic Contemporary. She has edited A Book of Women Poets from Antiquity to Now (Schocken, 1980; 2nd edition, 1992) and the Shambhala Anthology of Women’s Spiritual Poetry (Shambhala, 2002). Her literary critical work includes writing the introductions and readers’ notes for H.D.’s Trilogy, co-editing The Calvinist Roots of the Modern Era, and her study, Changing Rapture: The Development of Emily Dickinson’s Poetry (University Press of New England, 2007). With musician Frank Haney, she recorded a CD, Wild Wind. Her visual art has appeared in New Letters and Tiferet, and illustrates and is the cover art for Elizabeth Cohen’s Bird Light (St. Julian Press, 2016). Among her awards are a Senior Fulbright Fellowship in Greece, the Silver Pen Award from the Nevada Writers Hall of Fame, a Pennsylvania Council on the Arts Literature Fellowship in Poetry, and a residency at the Anderson Center at Tower View. She is Professor of English and Creative Writing at the University of Missouri and serves as poet laureate of Missouri.