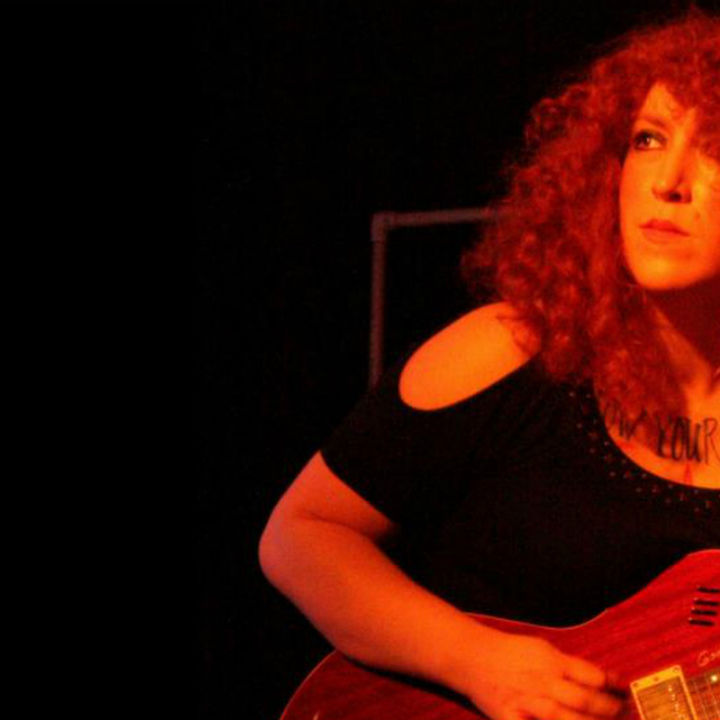 Composer and guitarist Lily Maase explores the theme of healing in her beautiful and personal work responding to Daniel 10:8-19.

Composed and Performed By

10 ¶ And, behold, an hand touched me, which set me upon my knees and upon the palms of my hands. 11 And he said unto me, O Daniel, a man greatly beloved, understand the words that I speak unto thee, and stand upright: for unto thee am I now sent. And when he had spoken this word unto me, I stood trembling. 12 Then said he unto me, Fear not, Daniel: for from the first day that thou didst set thine heart to understand, and to chasten thyself before thy God, thy words were heard, and I am come for thy words. 13 But the prince of the kingdom of Persia withstood me one and twenty days: but, lo, Michael, one of the chief princes, came to help me; and I remained there with the kings of Persia. 14 Now I am come to make thee understand what shall befall thy people in the latter days: for yet the vision is for many days. 15 And when he had spoken such words unto me, I set my face toward the ground, and I became dumb. 16 And, behold, one like the similitude of the sons of men touched my lips: then I opened my mouth, and spake, and said unto him that stood before me, O my lord, by the vision my sorrows are turned upon me, and I have retained no strength. 17 For how can the servant of this my lord talk with this my lord? for as for me, straightway there remained no strength in me, neither is there breath left in me. 18 Then there came again and touched me one like the appearance of a man, and he strengthened me, 19 And said, O man greatly beloved, fear not: peace be unto thee, be strong, yea, be strong. And when he had spoken unto me, I was strengthened, and said, Let my lord speak; for thou hast strengthened me.

From the Artist
...By the time I made it home, I was aware of a consciousness in my body that was not my own -- whose presence was so palpable as to be almost violent. I spent the next 10 hours on the floor of my apartment, shaking, as if something had been ripped from within the deepest parts of me.[...] Read More

One afternoon in 2009 I was walking home from a yoga class in the Flatiron District in Midtown Manhattan when I briefly had the most curious sense of myself…I flashed upon a brief awareness of where I had been in the morning, where I was at the moment, and where I was about to be in the evening, ALL AT THE SAME TIME. It was as if I had been lifted out of my body and was viewing where I had been, where I was, and where I was headed from an aerial standpoint, like a line drawn on a map. By the time I made it home, I was aware of a consciousness in my body that was not my own -- whose presence was so palpable as to be almost violent. I spent the next 10 hours on the floor of my apartment, shaking, as if something had been ripped from within the deepest parts of me.

In a lot of ways, something had. A lot of people talk about putting their life in God’s hands. That night, for whatever reason, God reached out and grabbed me, shook me until I almost broke, and saved my life. The next morning I took myself to the hospital, and a week later I returned to my father’s home in New Mexico and was diagnosed with post-traumatic stress disorder.

The events in my early life that led to the sort of ‘fracture’ between my childhood spirit and my adult body are of little interest and far better left in the past. But for me, the diagnosis was not so much an answer to a question as it was the beginning of an arc, and I can say with certainty at this point that, had my life not been so radically altered by a force beyond myself, continuing to run away from that diagnosis would have killed me.

Many things have happened since then and I would have hated to miss any of them, both the good and the bad. So I am profoundly happy to have been offered a new lease on life. I have lost more friends, family and lovers to substance abuse and suicide than I can count on my fingers and toes and wondered every time why I was somehow spared. Through learning to let go of my own obsession with my past I have learned to truly value the friends and family I still have, and have slowly learned to let go of people that are attracted to THAT part of me, the deep-down bit, that never quite seems to heal. I have always considered myself blessed. And after a while I developed a sense that I was as healed as I was going to be, despite some glaring inefficiencies in my life, and some things I had been trying to make happen that simply wouldn’t budge.

I took this commission almost on a whim nearly 18 months ago, and when I was assigned “healing” as a theme I had a sense that I might write something that was a sort of sideways nod to my life as an adult learning to live with a trauma disorder, or some oblique reference to my unpleasant childhood, and that would be that.  I let the idea percolate for a bit, and went on about the business of trying to make a living writing music and playing the guitar.

Eight months ago, I was driving home from a rehearsal and was stopped at a red light when I became aware of a familiar presence beside me in the van. Unknown to me at the time, three blocks behind me a carjacker had just stolen a vehicle at gunpoint and was speeding in excess of 70mph an hour down Bedford Avenue, trying to flee the scene. Two seconds later I was involved in a rear-end collision that totaled seven vehicles, dislocated my hips and one shoulder, and broke the necks of the two people who were in the car directly behind me. I survived,

I might not have, and since that moment I have had an awareness of a powerful force at work both within my body and in my life.

The sense I have of it is, I had begun to think I was “healed enough.” My life was sufficiently positive and proactive for a person living with my condition, and I had learned to live and be content with the things in my life that just weren’t quite right. I was Doing Okay, and that was fine by me, so I had stopped working on myself.  So once again, I was grabbed. And I was shaken.

Here’s the thing about PTSD. It lives in your body, like a parasite. And, like a parasite, you sort of get used to it and it becomes a sort of familiar companion. An old friend. So, if you want to get rid of it, you have to go into your body and find it and encourage it to let you go. You don’t let IT go.  Because having PTSD is like being possessed. And when you are strong enough to let it, little by little IT lets go of YOU.

The accident completely changed my plans for the future, because it forced me immediately and irrevocably out of denial and back into my body. It completely changed my concept of myself as a person who HAD healed, into a person who HAD TO heal. In order to recover from the dislocated hip, the tear in my shoulder that has left my left arm with an uncontrollable tremor, the whiplash, the herniated discs–in order to get my life back, I have had to reach into my spirit and my body and come up with the courage to heal from ALL of it. It’s been terrifying. But I know I can do it. Because God set this arc in motion five years ago, and I know in my bones He did it because this is something I can do.

Looking back, I can see now that a lot of my creative work leading up to that first event had a lot to do with my body trying to reconcile what it had been through with my spirit’s sense of who I was. So I fall in and out of love with playing it, which I know is difficult at times for the people who have agreed to play it with me. It’s pretty wild music! And I’m proud of all of it. But this is the first and most likely the only time I will write directly about trauma and recovery–and the way that God found me, knocked me down, and gave me a chance to do the necessary work to rebuild myself into the person He and I both believe I will one day be.

“Look Out Below” is a reflection on a passage from the Book of Daniel, on the idea of being filled with the violence of the presence of the Lord, and on the idea that our ascent to perfection might best be started by being knocked down onto our knees. Many thanks to Gil Selinger for providing the image that inspired the conceptual material, to JP Gilbert and Scott Holland for the original inspiration for the music itself, and to Jeff Cook for realizing the recording almost exactly they way it had been swimming around in my head. You have all been amazing teachers and I am blessed to learn from each of you.

Biography
Lily Maase is a rock, country, jazz and classical guitarist raised in New Mexico, educated at the University of North Texas, and living in Brooklyn, New York. She is contributing writer for Premier Guitar Magazine and has contributed to Guitar World and Guitar World’s Acoustic Nation, who recently lauded her as a “master guitar teacher.” She is the founder and owner of... Read More

Lily Maase is a rock, country, jazz and classical guitarist raised in New Mexico, educated at the University of North Texas, and living in Brooklyn, New York. She is contributing writer for Premier Guitar Magazine and has contributed to Guitar World and Guitar World’s Acoustic Nation, who recently lauded her as a “master guitar teacher.” She is the founder and owner of Brooklyn GuitarWorks, a workshop-oriented center for guitar and bass guitar education located in Williamsburg.

Most Sparks for Daniel