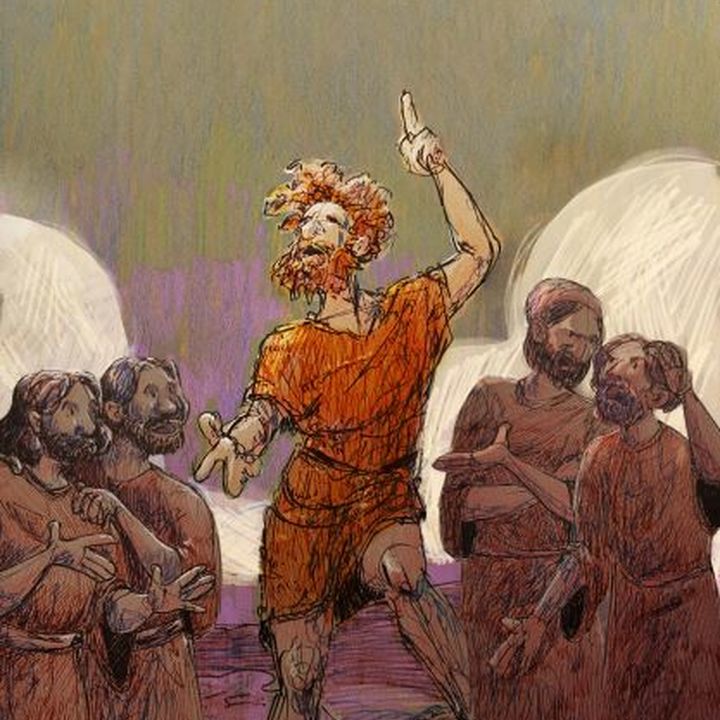 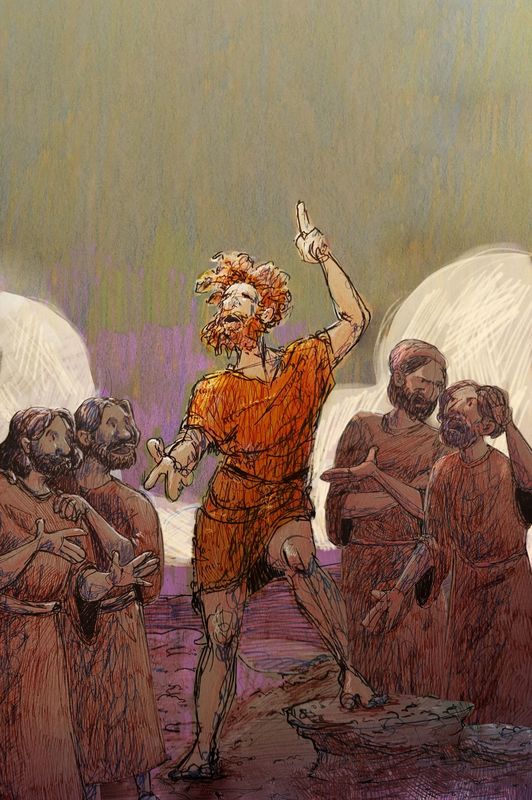 Artist Maida Jaspersen explores the mixed feelings of people about John’s words in this sketch responding to John 1:23.

23 He said, I am the voice of one crying in the wilderness, Make straight the way of the Lord, as said the prophet Esaias.

The people of the New Testament were familiar with the prophecies of the Old Testament. And so when John the Baptist identified himself as “a voice of one calling in the wilderness” everyone knew he was talking about the words of Isaiah (see Isaiah 40:3). Such a bold claim produced different reactions, some were appalled that John would give himself such a status. They couldn’t comprehend the reality of the Savior coming. Others were ready and willing to accept the fulfillment of the prophecy. This illustration depicts the mixed feelings about John’s words. Although the reactions are a key part of this piece, the focus remains on John. John is cast in sunlight from the Heavens. He rises in confidence, he knows his job is to point to Christ’s coming, no matter how others receive the news.

Maida Jaspersen is a studying illustrator and painter at Bethany Lutheran College. Her intense sketchbook-filling tendencies along with her classes have equipped her to communicate effectively on paper. Her first published work was a picture book about Queen Esther for Branches Band. Since then she has continued illustrating Biblical accounts with WELS Multi-Lingual productions.

Most Sparks for John