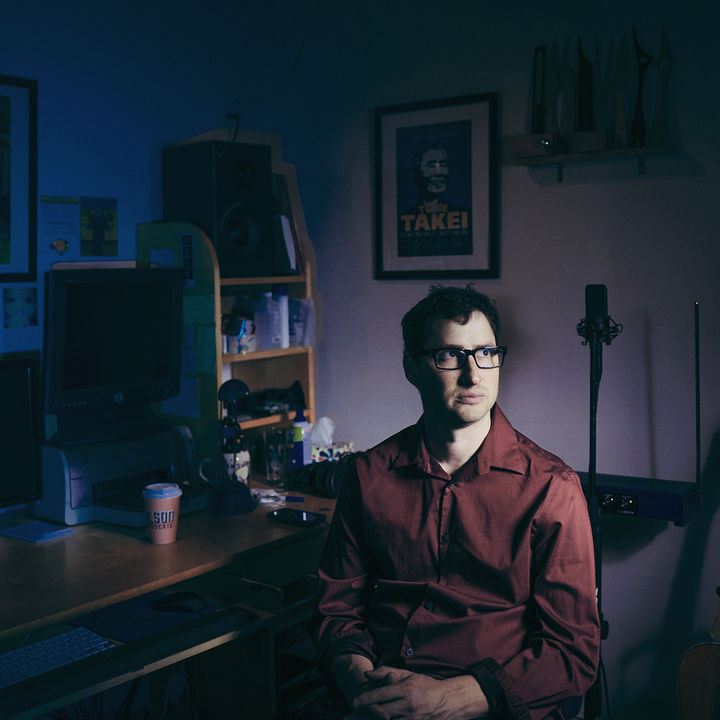 Brooklyn Composer Michael Hearst rounds up the local jam band for a hootenanny on injustice and the words of the prophet Habakkuk.

1 The burden which Habakkuk the prophet did see. 2 O LORD , how long shall I cry, and thou wilt not hear! even cry out unto thee of violence, and thou wilt not save! 3 Why dost thou shew me iniquity, and cause me to behold grievance? for spoiling and violence are before me: and there are that raise up strife and contention. 4 Therefore the law is slacked, and judgment doth never go forth: for the wicked doth compass about the righteous; therefore wrong judgment proceedeth.

While trying to decide which direction to take this project, the minute I read the "Habakkuk's Complaint" verse, I knew! As it turns out, there's a "jam band" on my block in Park Slope, Brooklyn. For the past three years, every Wednesday night a handful of us get together (each week at a different house) and play old-timey music, drink wine, eat snacks, and vent about politics. The verse couldn't have been more fitting or timely. I recorded the band playing the song using two iPhones (to get stereo) and then brought the recording into my studio the next day, over-dubbing a few more instruments and vocal tracks. All along I knew I wanted to end-cap the piece with something more cinematic, turning it into an imaginary section from a movie or modern dance. And there you have it. P.S. I told the band I would use the proceeds to take us all out for dinner : )

Michael Hearst is a composer, multi-instrumentalist, and writer, whose vast output is marked by a fascination with extremely specific themes, and with wanting to learn as much as he can about almost everything. His most recent project is a three-part book series, each book geared toward a different large theme: Unusual Creatures, Extraordinary People, and Curious Constructions. The first book, Unusual Creatures, includes the companion album, Songs For Unusual Creatures, and sections of the book have been made into a PBS Digital series. His previous album, Songs For Ice Cream Trucks has been used by at least 50 ice cream trucks around the world. Hearst has also composed soundtracks for the movies To Be Takei, Magic Camp, The House Of Suh, and The Good Mother among others.

Michael Hearst is a founding member of the band One Ring Zero, who have released nine albums, including the literary collaboration As Smart As We Are (The Author Project), featuring lyrics by Paul Auster, Margaret Atwood, Dave Eggers, and Neil Gaiman, among others; Planets, a collection of new compositions to represent the solar system and beyond; and their most recent, The Recipe Project, in which the band has taken recipes from today’s top chefs (Mario Batali, Tom Colicchio, David Chang, etc.), set them to music, and sing them word for word.

Hearst has performed and given lectures and workshops at universities, museums, and cultural centers around the world. He has toured with The Magnetic Fields, performed with The Kronos Quartet at Carnegie Hall, and has appeared on such shows as NPR's Fresh Air, A+E's Breakfast With The Arts, and NBC's The Today Show

Most Sparks for Habakkuk