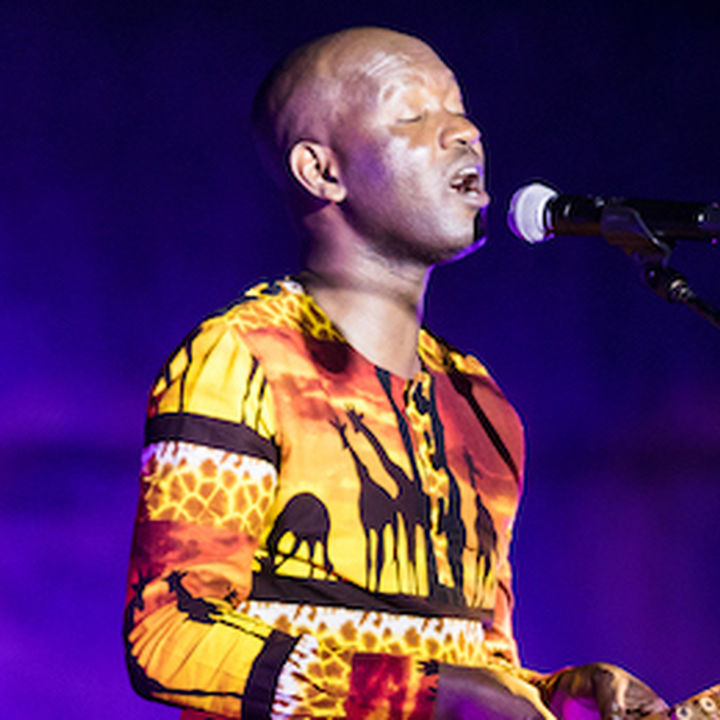 The sound of this song by musician, singer-songwriter, and performer Peter Mawanga offers an energetic and joyful feel that complements the words from the work's originating inspiration: 2 Thessalonians 1:3-6.

3 We are bound to thank God always for you, brethren, as it is meet, because that your faith groweth exceedingly, and the charity of every one of you all toward each other aboundeth; 4 So that we ourselves glory in you in the churches of God for your patience and faith in all your persecutions and tribulations that ye endure:

6 Seeing it is a righteous thing with God to recompense tribulation to them that trouble you;

This song is inspired by the words of 2 Thessalonians 1:3-6, "Thanksgiving and Prayer."

The song opens with the words "TIZIYAMIKA MULUNGU NTHAWI ZONSE IYE AMAPEREKA MWAULERE,"
meaning: "We ought always to thank God for you brothers, and rightly so, because your faith is growing more and more."

I go on to say, "We ought to thank God for he gives us all freely."

Biography
Peter Mawanga has attracted worldwide acclaim with his music, the Nyanja vibes, performing on world stages in Africa, Europe and America. Not a stranger to the BBC and other media outlets, Mawanga has established himself as one of the living legends in Malawi and Africa. [...] Read More

Peter Mawanga has attracted worldwide acclaim with his music, the Nyanja vibes, performing on world stages in Africa, Europe and America. Not a stranger to the BBC and other media outlets, Mawanga has established himself as one of the living legends in Malawi and Africa.

Blending traditional instruments as the Nyanja’s visekese, malimba, and kaligo, with contemporary instruments, he produces music that is fondly described by many as therapeutic, drawing from the Nyanja’s core values of peace and calm. The Nyanja are the most peaceful people in Africa and their country Malawi, which has never been at war, be it civil or otherwise, is known as the warm heart of Africa. Their instruments are deliberately designed to produce sounds that appeal to different feelings that aim at calming the nerves, celebrating life, pleading for peace and mostly merrymaking. It is from this source that Peter birthed the aMaravi movement and the celebrated Nyanja afro-vibes which mainly took off when he produced the now world renown album, Mawu A Malawi (The Voice of Malawi), which featured stories of AIDS.

For seven months Peter and colleagues had collected narratives from twenty-six of the most inspiring people they had ever met. They shared their loss, pain, joy, courage, and wisdom. The result of the project was Mawu a Malawi. The album was launched at the University of North Carolina and Department of State, making Peter Mawanga the first African musician to perform at the office of the Secretary of State. Since then, Peter’s performances have been holistic, characterized by song, film, dance, talks and sometimes dramatic monologues.

His talks, among other things topics, are on:

Peter, just like the Nyanjas of Malawi, believes that music goes beyond the ear, reaching out into the inner person to produce a healing power. It is one of the keys to a peaceful mind.