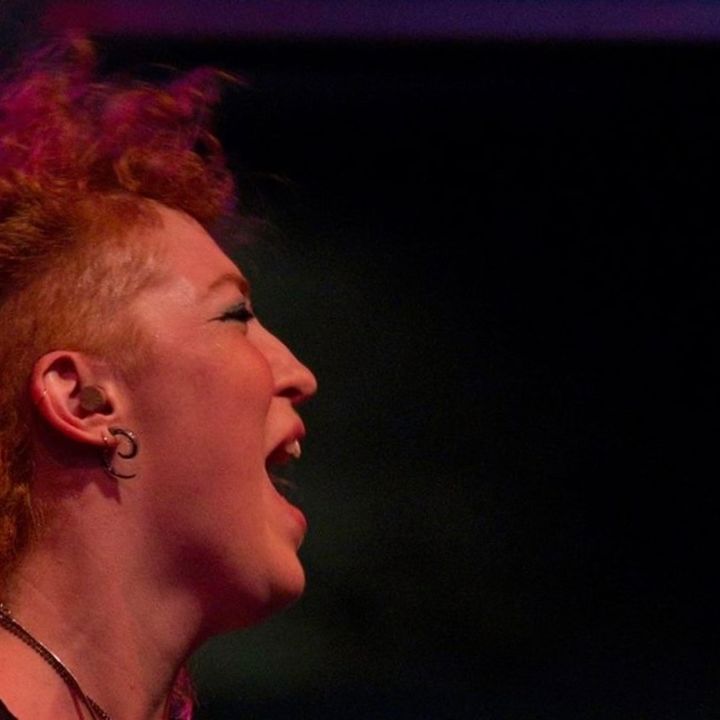 Read the complete set of lyrics to Buried in Wicked Light.

Note: This album contains some strong language, references to violence, and allusions to drug use, and may not be suitable for all audiences. Discretion is advised.

Follow Lily's project's development throughout the year by reading her previous first, second and third posts.

Composed, Written, and Performed By

10 And they had tails like unto scorpions, and there were stings in their tails: and their power was to hurt men five months. 11 And they had a king over them, which is the angel of the bottomless pit, whose name in the Hebrew tongue is Abaddon, but in the Greek tongue hath his name Apollyon. 12 One woe is past; and , behold, there come two woes more hereafter.

13 And the sixth angel sounded, and I heard a voice from the four horns of the golden altar which is before God, 14 Saying to the sixth angel which had the trumpet, Loose the four angels which are bound in the great river Euphrates. 15 And the four angels were loosed, which were prepared for an hour, and a day, and a month, and a year, for to slay the third part of men. 16 And the number of the army of the horsemen were two hundred thousand thousand: and I heard the number of them. 17 And thus I saw the horses in the vision, and them that sat on them, having breastplates of fire, and of jacinth, and brimstone: and the heads of the horses were as the heads of lions; and out of their mouths issued fire and smoke and brimstone. 18 By these three was the third part of men killed, by the fire, and by the smoke, and by the brimstone, which issued out of their mouths. 19 For their power is in their mouth, and in their tails: for their tails were like unto serpents, and had heads, and with them they do hurt. 20 And the rest of the men which were not killed by these plagues yet repented not of the works of their hands, that they should not worship devils, and idols of gold, and silver, and brass, and stone, and of wood: which neither can see, nor hear, nor walk:

3 And I will give power unto my two witnesses, and they shall prophesy a thousand two hundred and threescore days, clothed in sackcloth. 4 These are the two olive trees, and the two candlesticks standing before the God of the earth. 5 And if any man will hurt them, fire proceedeth out of their mouth, and devoureth their enemies: and if any man will hurt them, he must in this manner be killed. 6 These have power to shut heaven, that it rain not in the days of their prophecy: and have power over waters to turn them to blood, and to smite the earth with all plagues, as often as they will. 7 And when they shall have finished their testimony, the beast that ascendeth out of the bottomless pit shall make war against them, and shall overcome them, and kill them.

11 ¶ For the LORD spake thus to me with a strong hand, and instructed me that I should not walk in the way of this people, saying,

23 ¶ Keep thy heart with all diligence; for out of it are the issues of life.

Buried in Wicked Light is a rock opera about standing tall at the end of the world. It is a series of love letters—from the author to herself and others, and from the author’s mother to her memory of herself as a little girl.

Written in loving remembrance of my father Steve Maase, and in witness to what we lived through when I was young. I am a grown woman now. I wish you were here to see whatever happens next.

Biography
Lily Maase is a rock, country, jazz and classical guitarist raised in New Mexico, educated at the University of North Texas, and living in Brooklyn, New York. She is contributing writer for Premier Guitar Magazine and has contributed to Guitar World and Guitar World’s Acoustic Nation, who recently lauded her as a “master guitar teacher.” She is the founder and owner of... Read More

Lily Maase is a rock, country, jazz and classical guitarist raised in New Mexico, educated at the University of North Texas, and living in Brooklyn, New York. She is contributing writer for Premier Guitar Magazine and has contributed to Guitar World and Guitar World’s Acoustic Nation, who recently lauded her as a “master guitar teacher.” She is the founder and owner of Brooklyn GuitarWorks, a workshop-oriented center for guitar and bass guitar education located in Williamsburg.