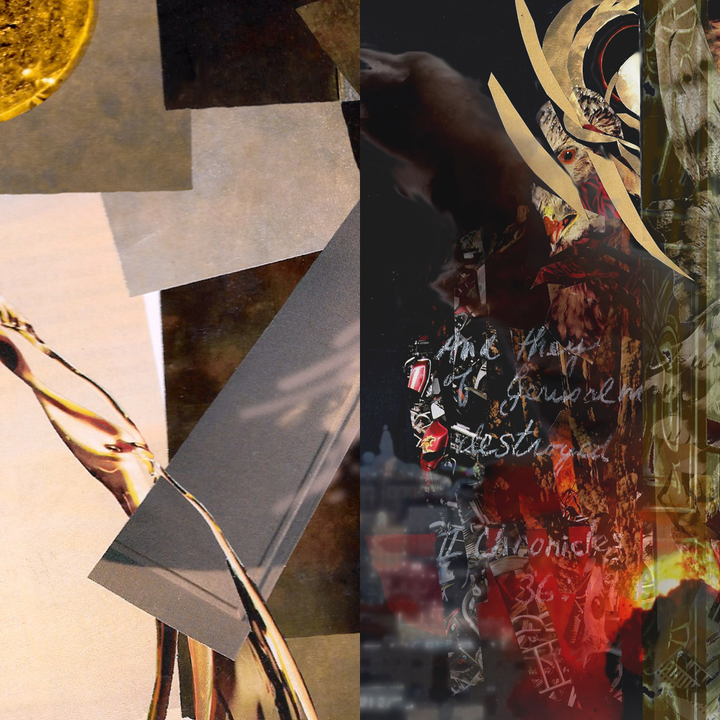 A Body without the Spirit

About
In this project, collectively entitled “A Body without the Spirit,” visual artist Nicora Gangi explores a contrast between two passages from the same book: 2 Chronicles 7:3-4 and 2 Chronicles 36:19. [...] Read More

In this project, collectively entitled “A Body without the Spirit,” visual artist Nicora Gangi explores a contrast between two passages from the same book: 2 Chronicles 7:3-4 and 2 Chronicles 36:19. 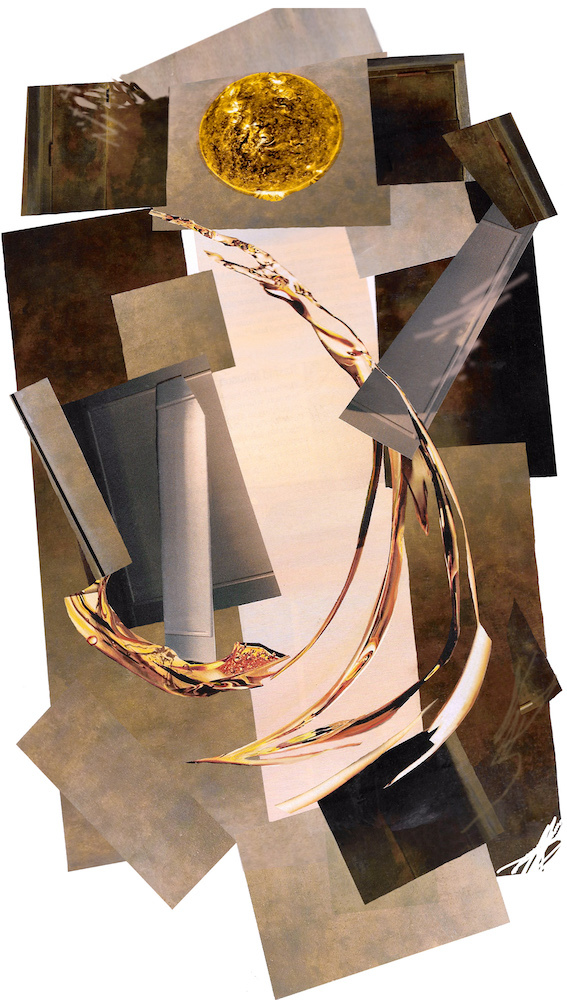 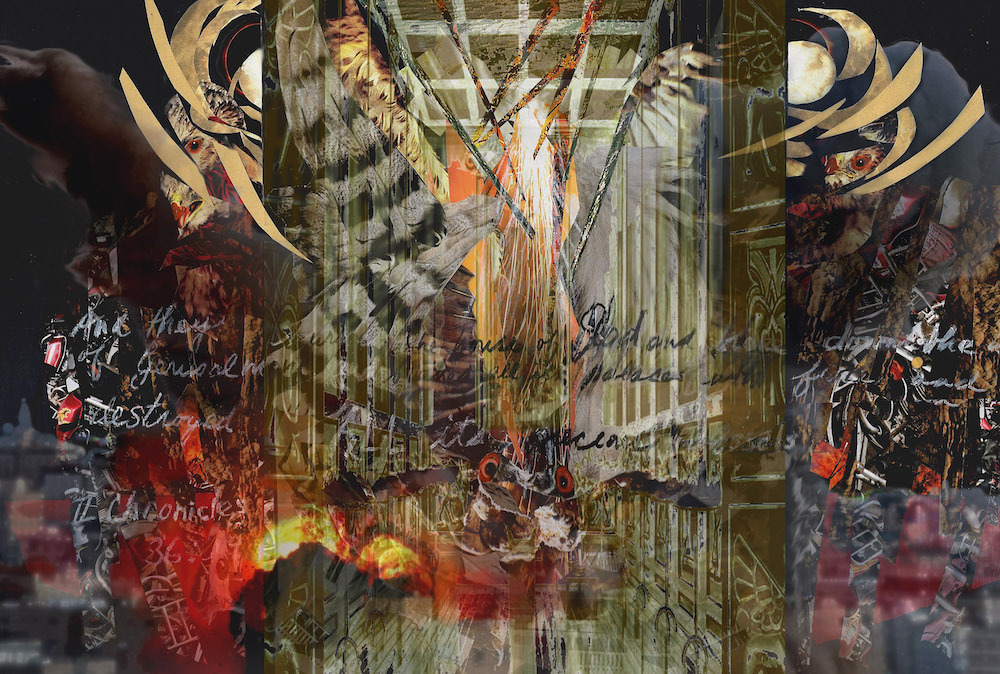 Number of Works in Project

3 And when all the children of Israel saw how the fire came down, and the glory of the LORD upon the house, they bowed themselves with their faces to the ground upon the pavement, and worshipped, and praised the LORD , saying , For he is good; for his mercy endureth for ever.

4 ¶ Then the king and all the people offered sacrifices before the LORD . 5 And king Solomon offered a sacrifice of twenty and two thousand oxen, and an hundred and twenty thousand sheep: so the king and all the people dedicated the house of God. 6 And the priests waited on their offices: the Levites also with instruments of musick of the LORD , which David the king had made to praise the LORD , because his mercy endureth for ever, when David praised by their ministry; and the priests sounded trumpets before them, and all Israel stood. 7 Moreover Solomon hallowed the middle of the court that was before the house of the LORD : for there he offered burnt offerings, and the fat of the peace offerings, because the brasen altar which Solomon had made was not able to receive the burnt offerings, and the meat offerings, and the fat.

19 And they burnt the house of God, and brake down the wall of Jerusalem, and burnt all the palaces thereof with fire, and destroyed all the goodly vessels thereof.

About “He is good; His love endures forever” (from II Chronicles 7:3-4)

This collage was created to give the viewer a sense of looking up at the perfect glory light of God's presence. This account in II Chronicles shows us the reverence of His people before Him, adoring Him, expressing their awful dread of the Divine Majesty, along with their cheerful submission to the Divine Authority. They—with thankfulness—acknowledge the goodness of God. Even when the fire of the Lord came down they praised him, saying: “He is good, for his mercy endureth for ever. It is of the Lord’s mercies that we are not consumed, but the sacrifice is consumed instead, for which we are bound to be very thankful.”

About “They burned the house of God”(from II Chronicles 36:19)

In this image I have begun to create a scene of the havoc and destruction of the temple. The previous verses, vv. 14-18, describe the desolation itself. Multitudes were put to the sword, even in the house of their sanctuary. They fled for refuge there, hoping that the holiness of the place would be their protection. But how could they expect to find it so when they themselves had polluted it with their abominations? They forsook God, who had compassion on them, but they still would have none of Him. All the remaining vessels of the temple (great and small), all the sacred treasures of God’s house, and all the secular treasures of the king and his princes were seized and brought to Babylon. The temple was burnt, the walls of Jerusalem were demolished, the houses and all the furniture were destroyed and laid in ashes: A significant indicator for us all to be diligent and to watch over the temple of our body and soul, rooting out the worm that creates havoc and causes the sin that leads to destruction.