1 And Saul was consenting unto his death. And at that time there was a great persecution against the church which was at Jerusalem; and they were all scattered abroad throughout the regions of Judæa and Samaria, except the apostles. 2 And devout men carried Stephen to his burial , and made great lamentation over him. 3 As for Saul, he made havock of the church, entering into every house, and haling men and women committed them to prison. 4 Therefore they that were scattered abroad went every where preaching the word. 5 Then Philip went down to the city of Samaria, and preached Christ unto them. 6 And the people with one accord gave heed unto those things which Philip spake, hearing and seeing the miracles which he did. 7 For unclean spirits, crying with loud voice, came out of many that were possessed with them : and many taken with palsies, and that were lame, were healed. 8 And there was great joy in that city. 9 But there was a certain man, called Simon, which beforetime in the same city used sorcery, and bewitched the people of Samaria, giving out that himself was some great one: 10 To whom they all gave heed, from the least to the greatest, saying, This man is the great power of God. 11 And to him they had regard, because that of long time he had bewitched them with sorceries. 12 But when they believed Philip preaching the things concerning the kingdom of God, and the name of Jesus Christ, they were baptized, both men and women. 13 Then Simon himself believed also: and when he was baptized, he continued with Philip, and wondered, beholding the miracles and signs which were done. 14 Now when the apostles which were at Jerusalem heard that Samaria had received the word of God, they sent unto them Peter and John: 15 Who, when they were come down, prayed for them, that they might receive the Holy Ghost: 16 (For as yet he was fallen upon none of them: only they were baptized in the name of the Lord Jesus.) 17 Then laid they their hands on them, and they received the Holy Ghost. 18 And when Simon saw that through laying on of the apostles’ hands the Holy Ghost was given, he offered them money, 19 Saying, Give me also this power, that on whomsoever I lay hands, he may receive the Holy Ghost. 20 But Peter said unto him, Thy money perish with thee, because thou hast thought that the gift of God may be purchased with money. 21 Thou hast neither part nor lot in this matter: for thy heart is not right in the sight of God. 22 Repent therefore of this thy wickedness, and pray God, if perhaps the thought of thine heart may be forgiven thee. 23 For I perceive that thou art in the gall of bitterness, and in the bond of iniquity. 24 Then answered Simon, and said, Pray ye to the Lord for me, that none of these things which ye have spoken come upon me. 25 And they, when they had testified and preached the word of the Lord, returned to Jerusalem, and preached the gospel in many villages of the Samaritans. 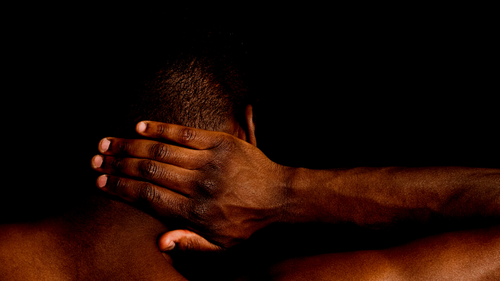 This is a beautiful moment in the life of the first Christian community. Jewish Christians begin to come to grips with the surprising inclusion of Gentiles--including Roman oppressors--into the new family of God.