And I will appoint my two witnesses, and they will prophesy for 1,260 days, clothed in sackcloth.” They are “the two olive trees” and the two lampstands, and “they stand before the Lord of the earth.” If anyone tries to harm them, fire comes from their mouths and devours their enemies. This is how anyone who wants to harm them must die. They have power to shut up the heavens so that it will not rain during the time they are prophesying; and they have power to turn the waters into blood and to strike the earth with every kind of plague as often as they want.

Now when they have finished their testimony, the beast that comes up from the Abyss will attack them, and overpower and kill them. 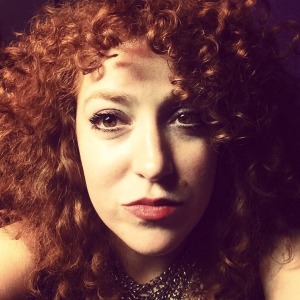 So I have been thinking lately about the importance of two simple things: the notion of circles (in particular concentric circles), and the meticulous keeping of lists.

Because we experience our lives in a linear fashion we tend to take a very list-like approach to taking stock of our experiences. This is useful for us, for the most part, because it enables to get from point A to point B in our daily lives. But, if our lives really were as linear as we think they are, why does history have this pesky tendency to repeat itself? Wouldn’t it stand to reason that we would encounter a problem, learn from it, and then check it off our ‘list’ of life lessons and move on?

If learning an instrument worked like this, my students would all learn their first song, master it, go on to the next song, and after doing this a dozen tunes or so have a relative mastery of the instrument. But anyone who has picked up a creative endeavor will most likely learn the hard way that this is not the case. It is only through learning six or seven (or sixty, or seventy!) pieces of music that we develop the skill and diligence to be able to go back an truly perfect the first.

I spoke recently with a pastor who suggested to me two things: that the best way to interpret holy scripture is through the scripture itself, and that the things we experience within ourselves run in confluence with the things we experience outside ourselves. This runs in apparent conflict with the same pastor’s idea that no elements of the Bible should be taken figuratively. Attempting to conflate these two concepts into something applicable has been, to say the least, a fascinating prospect.

There is a popular phrase in Eastern medicine that echoes this sentiment with a simplicity and elegance that so much of Eastern thinking brings to us Westerners, who like to deal in concrete details but who also like to make our understandings of even the most basic things unbelievably intellectually complex: “As within, so without. As above, so below.” This is actually a concept that I first encountered when being treated for my physical pain and, by extension, my PTSD. Interpreted literally, it means that if something is wrong with your right shoulder, you might see it reflected in the way you carry your left ankle. Or, if you have a disease of the gut, you might see evidence of this ailment present in places on your skin. But for me it has also meant that, as I learned to honor and work through my emotional pain, I have been slowly been relieved of my physical torments as well.

Taken from a spiritual perspective, this becomes a fascinating way to interpret the Bible, and in particular, to interpret Revelation. Are we living in the end of times? Perhaps. But the human ego is, in the words of a popular public figure, ‘tremendous.’ And so every generation seems to have thought that it was perhaps destined to be the last to walk this earth.

Nevertheless, in my own life I have experienced a myriad of personal crises that made me feel as if the world was coming to an end. And in each of these I had to dig into the darkness in my life, bear witness to the challenges before me, and decide which parts of my life will be asked to come to an end so the better parts may live.

If this isn’t an apt metaphor for the concentricity of the apocalypse, I don’t know what is.

There are some scriptural precedents for the idea of looking within for answers to the struggles that lie without. Proverbs 4:23 tells us “Keep thy heart with all diligence; for out of it are the issues of life.” Similarly, Isaiah 8:11 reads “The Lord hath said to me in the strongest terms: ‘Do not think like everyone else does.” To me this means that a Godly life is one of constant inventory of the self (the within) and a skepticism of majority thinking, even if this thinking happens to be the norm (the without).

In other words, I am observing patterns in my life and in the world emerge in perfect circles, am taking stock of my interactions with these patterns, and as a result I am finding that I have quite a bit to write about. In some ways this process is one of concentricity—the evil within is echoed by the evil without, and the struggles and salvation within mirror the struggles and salvation in the world at large as suggested in the book of Revelation.

In short terms, I am working on a song cycle from the perspective of the Devil and the angels who conspired together in the undoing of the earth. But the cycle is also about my mother, whom I am sad to say, is the purest representation of evil within my own limited worldview; and about the way this heritage has manifested in my own life and had to be held at bay. I am writing about bearing witness to these things and accepting the consequences of having open eyes, and about the fearlessness that this process—which is essentially a keeping of lists—requires. In the Bible these witnesses manifest as two pillars of light in the storm and I believe this has some pertinent political relevance—of all the protests signs I have seen since the turning of the political tide in this country, my favorite has been this, held by an elderly women in rural New Mexico: ‘I am the storm, I leave light in my wake.’

In mid-March I will begin recording some of this music and look forward to sharing the results with you before I continue onward in this process of self-discovery, creative development, and striving both internally and through my relationship with the outside world to continue to grow towards the light.

Follow the development of Lily’s project by reading this in addition to her second and third posts written as a 2017 Artist in Residence.