Do not conform to the pattern of this world, but be transformed by the renewing of your mind. Then you will be able to test and approve what God’s will is—his good, pleasing and perfect will. 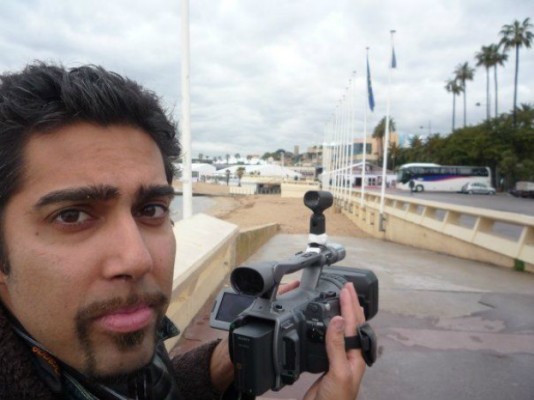 For this entry, I would like to update my status on When We Walk. I also want to show its relationship to the passage that I have chosen.

Before going further, the name of my project is still entitled When We Walk. My past work entitled When I Walk was just EMMY award nominated this month. The award ceremony will be held at Lincoln Center on September 28, 2015. This is not the same Emmy’s award in LA. “The News & Documentary Emmy® Awards recognize outstanding achievement in broadcast journalism and documentary filmmaking. The National Academy of Television Arts & Sciences promotes journalistic excellence by awarding the coveted Emmy® to the very best news reports and documentary films aired on national television or streamed over the Internet each year.” I feel very grateful to PBS/POV for putting my film forwarded for the awards. I am very excited!

It is important to acknowledge my physical challenges and how this relates to creating my work right now. I am finding it more challenging than ever to produce arts and films. I have new challenges because of my progressive multiple sclerosis. Now, the things that I took for granted like typing on the computer and seeing properly are a thing of the past. By having others assisting me with my editing and writing, I can still function, but it is a new way of being. I use dictation software to transcribe my words, but even this has its own set of challenges and it is not foolproof. Words are often wrong. I have to have some kind of blind faith that the projects I do get done. Losing my vision has been the most difficult singular thing.

I was not expecting that. As a filmmaker, this is very sad. Wild, amazing things are happening with my career while the unthinkable is happening to my body.

Do not be conformed to this world, but be transformed by the renewal of your mind, that by testing you may discern what is the will of God, what is good and acceptable and perfect.(Romans 12:2)

I have to remind myself that what I am creating is for the greater good of people and humanity. I have to remind myself of this often. As thing gets tougher for my body, it is most important that I find courage to keep on. For this entry, I want to feature the finished trailer for When We Walk which outline the challenges the Romans passage resounds as I work on this trailer, reminding me that life is affirmed by the same challenges that we fight against.

Follow the development of Jason DaSilva’s film project by reading this in addition to his first and second posts as a 2015 Artist in Residence.