Elias Popa finds himself in conversation with the material and text in this third post for his artist in residence project.

“The Lord said to Job:

Will the one who contends with the Almighty correct him?
Let him who accuses God answer him!”

Then Job answered the Lord:

‘I am unworthy—how can I reply to you?
I put my hand over my mouth.
I spoke once, but I have no answer—
twice, but I will say no more.’

Then the Lord spoke to Job out of the storm:

‘Brace yourself like a man;
I will question you,
and you shall answer me. ‘

Would you discredit my justice?
Would you condemn me to justify yourself?
Do you have an arm like God’s,
and can your voice thunder like his?
Then adorn yourself with glory and splendor,
and clothe yourself in honor and majesty.
Unleash the fury of your wrath,
look at all who are proud and bring them low,
look at all who are proud and humble them,
crush the wicked where they stand.
Bury them all in the dust together;
shroud their faces in the grave.
Then I myself will admit to you
that your own right hand can save you.

‘Look at Behemoth,
which I made along with you
and which feeds on grass like an ox.
What strength it has in its loins,
what power in the muscles of its belly!
Its tail sways like a cedar;
the sinews of its thighs are close-knit.
Its bones are tubes of bronze,
its limbs like rods of iron.
It ranks first among the works of God,
yet its Maker can approach it with his sword.
The hills bring it their produce,
and all the wild animals play nearby.
Under the lotus plants it lies,
hidden among the reeds in the marsh.
The lotuses conceal it in their shadow;
the poplars by the stream surround it.
A raging river does not alarm it;
it is secure, though the Jordan should surge against its mouth.
Can anyone capture it by the eyes,
or trap it and pierce its nose?’”

As a sculptor, the materials I use often inform me of what shape they would like to take. Although I begin with a concept in mind, the journey to the finished project surprises me. This is also the case with the Scriptures. Often, re-reading meditatively over certain scripts draws out new nuances I missed before. It deepens my understanding.

While reading and re-reading over Job, the passage reminded me of other moments where God allowed a larger percentage of His power to be witnessed. Whether in passing by Moses; a great wind, fire, and quake; or in the illumination of all creation, there is one common thread: It is always in passing. God passed Moses, and let him witness His backside just for a moment.

His presence—direct presence—or rather the fullness of it in its entirety is something we cannot obtain on this side of Heaven. It’s dangerous, even deadly perhaps.

As I worked on models over models of this sculpture, I felt stifled by the concept of a room. In my vision of God. In His display of power to Job, he doesn’t ever ask Job to come into a room. What He really asks is that Job pass through.

What we pass through doesn’t lead us to an end per-say, but to the beginning of eternity. It is the never-ending, growing curiosity and wonderment of the universe and everything beyond it unfolding.

I often have glimpses of these beauties in my work or travel. A small taste, like I had passed down a long corridor and I accidentally saw all of creation beyond a cracked door. It sometimes happens when I pray and work hard at it, other times, when I simply just arrive at a lake or the ocean. For a moment, I glimpse eternity, like Job, and it humbles me.

As I placed the four mirrored walls together, I realized that even though the sculpture repeated itself ad infinitum, it was still a room, not a moment. I opted to remove two of the walls, and just reflect two of the walls back to each other. When I listened to the material strip itself down, I had the sense of walking through. Almost like a surprise, we stumble upon eternity in passing day to day. 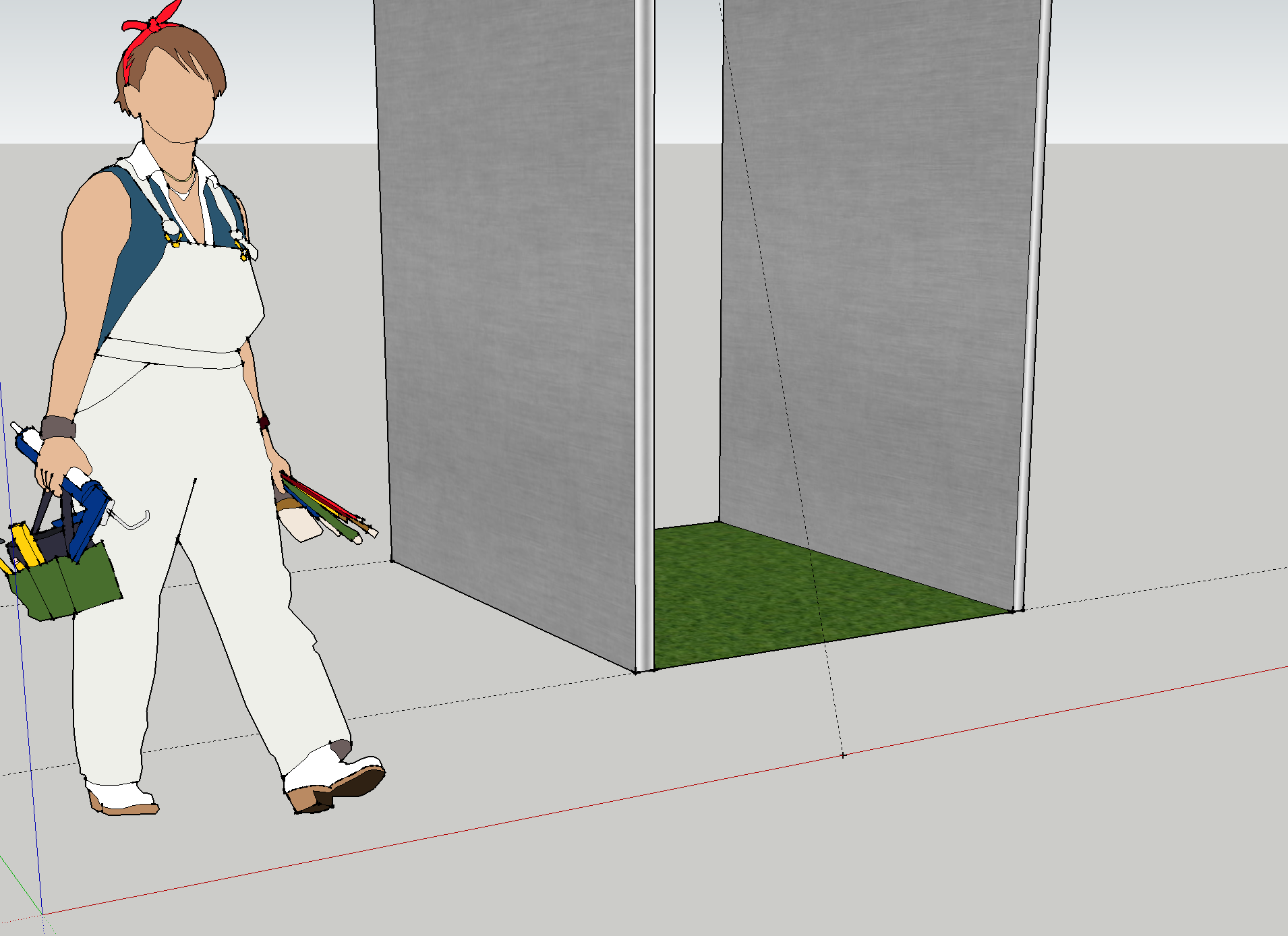 The effect remains the same, a slice of eternity that runs in perpetuity. However, now the sculpture will stand more as a gate.

As before, the same challenges remain: finding space for a larger sculpture to build the final work in. It can be quite frustrating as an installation artist and sculpture. It can go from 3D rendering to model, and reconfiguring back in 3D to modeling before the final structure is built. As an artist, it is something I am constantly learning: how to be humbled by the process, realizing that even with my intellectual and emotional understanding of the work I am still also bound by the physical structure. 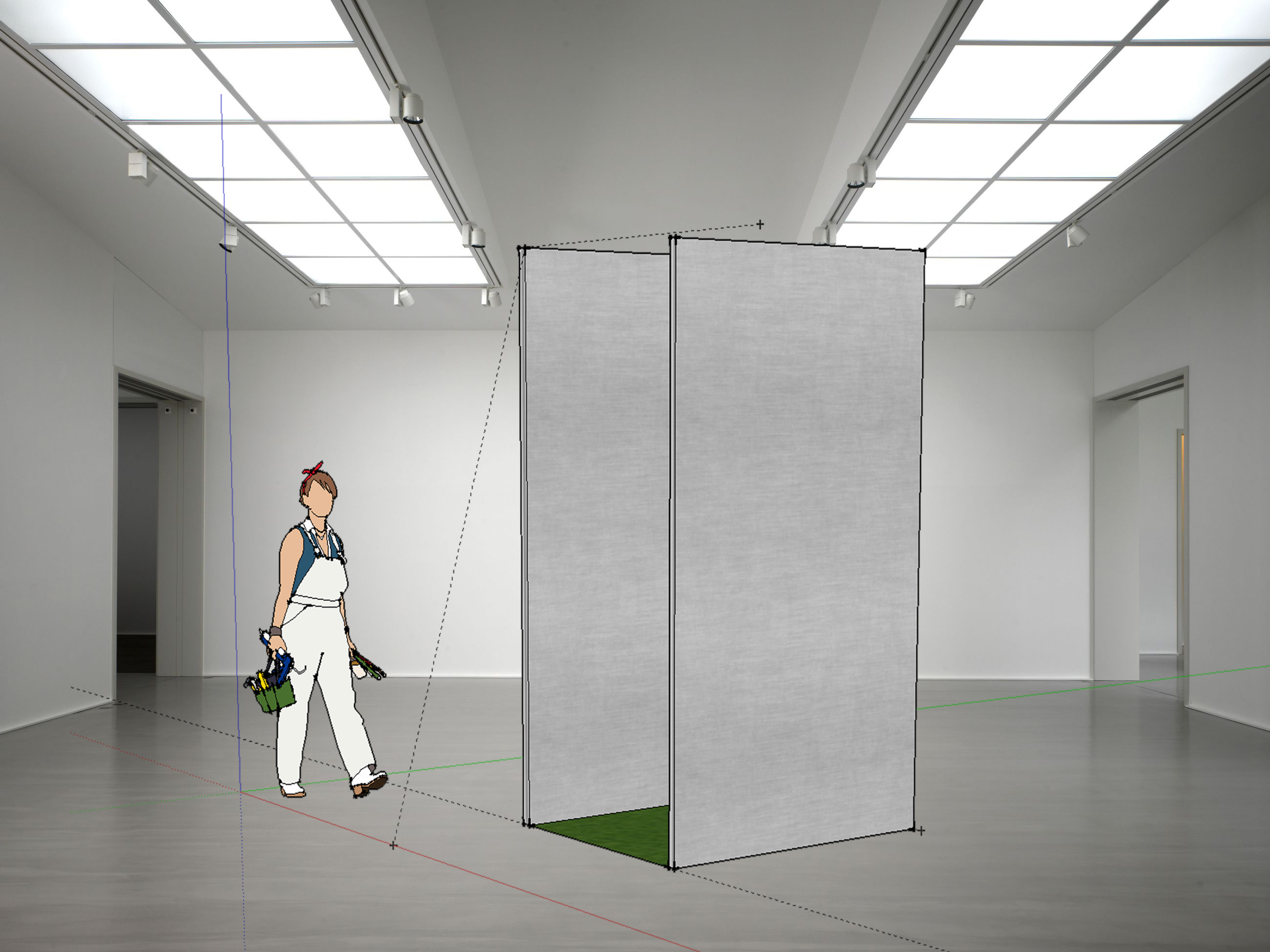 I’ve finally settled on the structure I will use, not only for its meaning and repurposing like a gate, but its feasibility and simplicity as well. 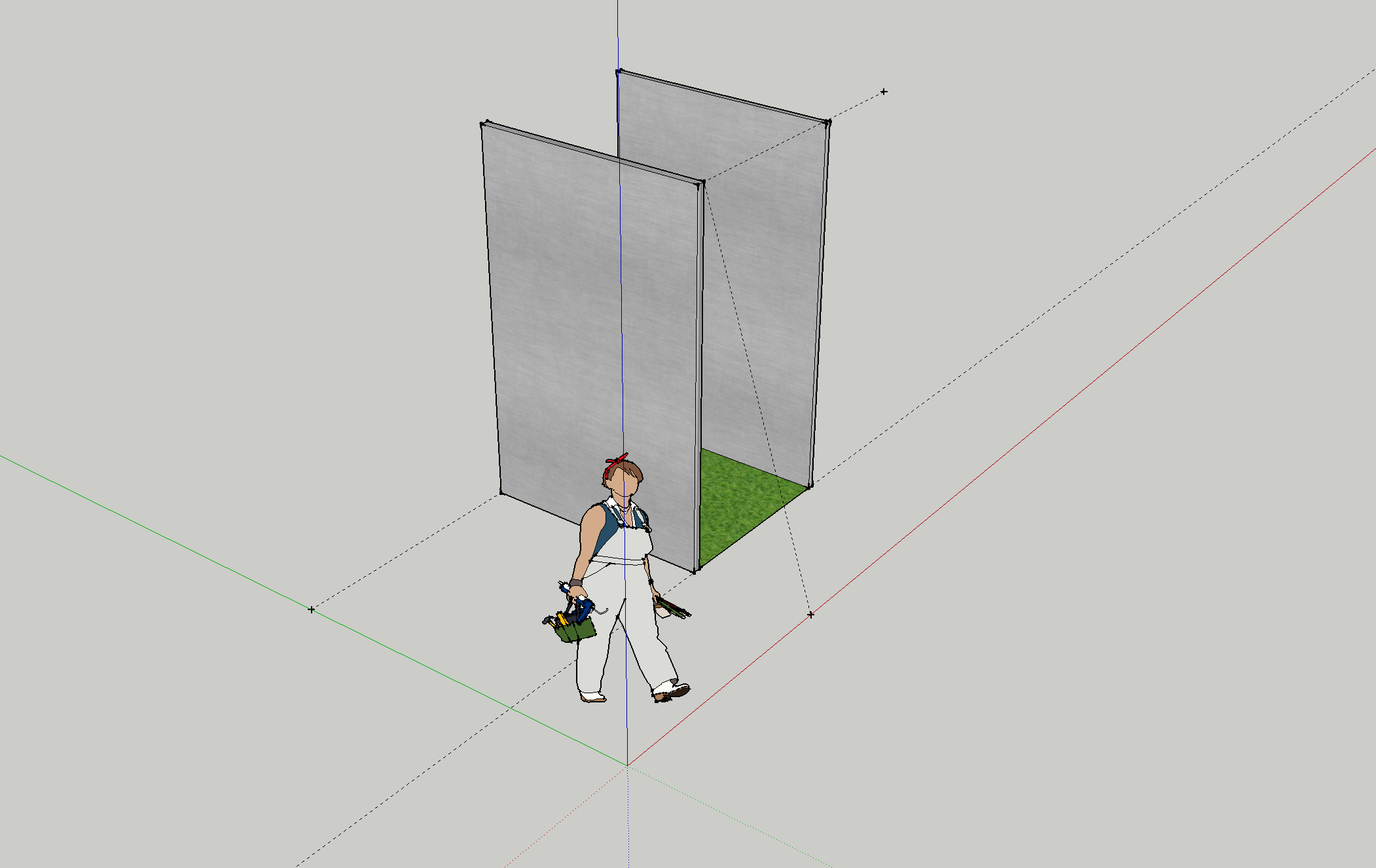 Follow the development of Elias’ project by reading his first and second posts as the 2018 Artist in Residence.