Elias Beaumont updates us on the development of his project as his plans and designs start to become physical. 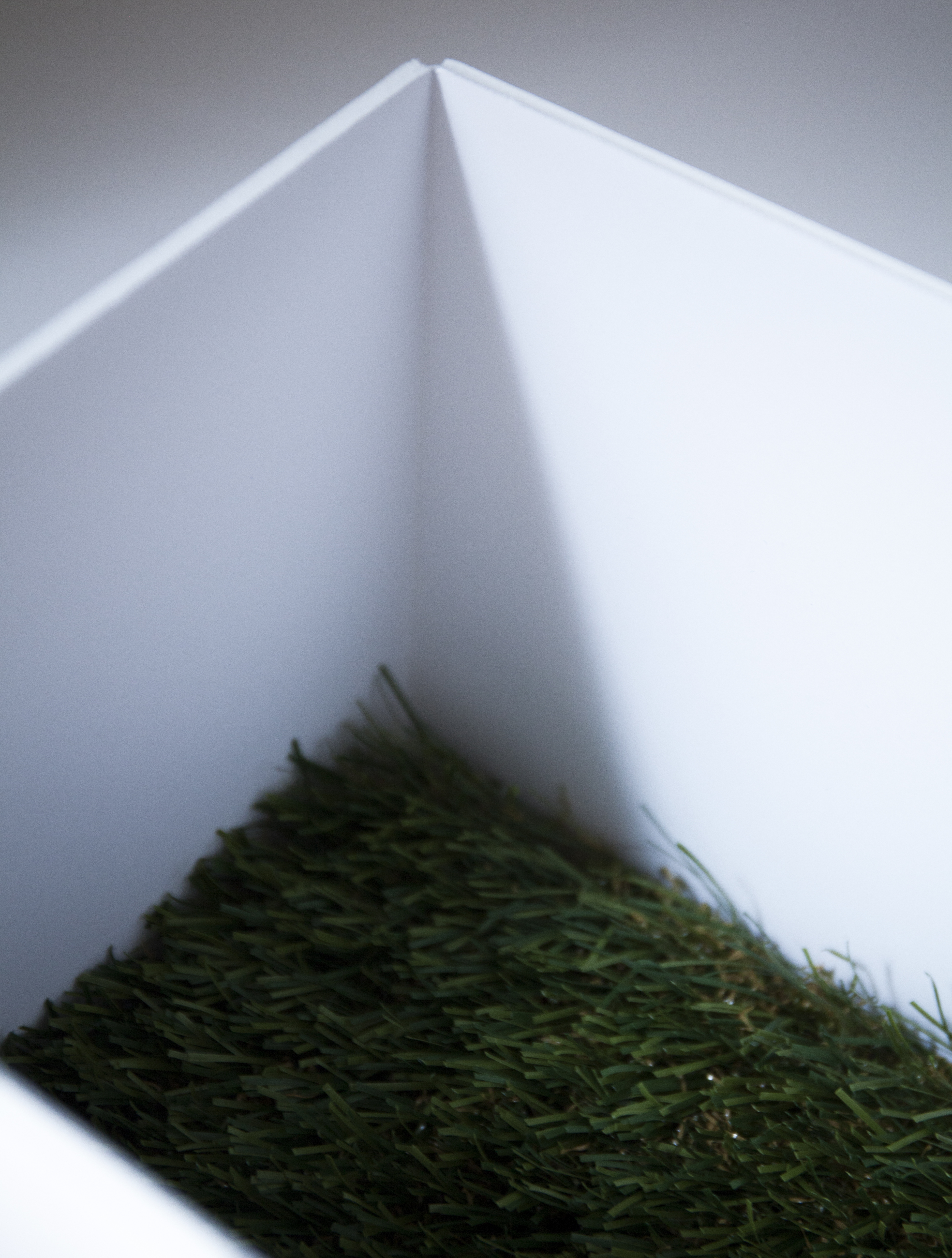 “Do you know when the mountain goats give birth?
Do you watch when the doe bears her fawn?
Do you count the months till they bear?
Do you know the time they give birth?
They crouch down and bring forth their young;
their labor pains are ended.
Their young thrive and grow strong in the wilds;
they leave and do not return.

“Who let the wild donkey go free?
Who untied its ropes?
I gave it the wasteland as its home,
the salt flats as its habitat.
It laughs at the commotion in the town;
it does not hear a driver’s shout.
It ranges the hills for its pasture
and searches for any green thing.

“Will the wild ox consent to serve you?
Will it stay by your manger at night?
Can you hold it to the furrow with a harness?
Will it till the valleys behind you?
Will you rely on it for its great strength?
Will you leave your heavy work to it?
Can you trust it to haul in your grain
and bring it to your threshing floor?

“The wings of the ostrich flap joyfully,
though they cannot compare
with the wings and feathers of the stork.
She lays her eggs on the ground
and lets them warm in the sand,
unmindful that a foot may crush them,
that some wild animal may trample them.
She treats her young harshly, as if they were not hers;
she cares not that her labor was in vain,
for God did not endow her with wisdom
or give her a share of good sense.
Yet when she spreads her feathers to run,
she laughs at horse and rider.

“Do you give the horse its strength
or clothe its neck with a flowing mane?
Do you make it leap like a locust,
striking terror with its proud snorting?
It paws fiercely, rejoicing in its strength,
and charges into the fray.
It laughs at fear, afraid of nothing;
it does not shy away from the sword.
The quiver rattles against its side,
along with the flashing spear and lance.
In frenzied excitement it eats up the ground;
it cannot stand still when the trumpet sounds.
At the blast of the trumpet it snorts, ‘Aha!’
It catches the scent of battle from afar,
the shout of commanders and the battle cry.

“Does the hawk take flight by your wisdom
and spread its wings toward the south?
Does the eagle soar at your command
and build its nest on high?
It dwells on a cliff and stays there at night;
a rocky crag is its stronghold.
From there it looks for food;
its eyes detect it from afar.
Its young ones feast on blood,
and where the slain are, there it is.” 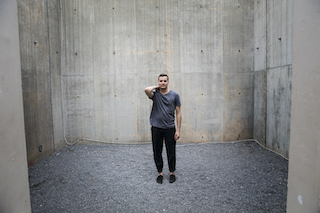 In creating “Reckoning and Attaining,” the minimalist form of the installation is impregnated with mystery through its interaction with natural elements. The form itself is camouflaged in its environment. Mirrored on all sides, it reflects its outer environment thus rendering it as a part of the scape surrounding it. The light that passes through the opening creates a corridor of light, gently beckoning one to enter through its awkward, tight opening. It is through this uncomfortable space that the transformation is set: the questioning of Job via the terror and mystery of God leading to the reward of the endless universe and all that is in it. This sculpture leans on the irony that restriction of elements, body, and matter actually free our minds and souls to deep understanding and relationship, and thus a peaceful space.

Although I’ve had a good amount of time to reflect on the purpose of a sculpture as an installation artist, it can be difficult to sometimes realize the physical manifestation of the things I dream of.

In preparing for this project, I built a model to test the light and shadow as it cuts through the openings of the sculpture and into the centre of it. It wasn’t until I saw this materialized model that I felt a certain excitement begin to swell up within me. The tactile model allowed me to understand better the play of light through the narrow opening in the side, and the thin strip of light passing through shadow. I imagined myself curious to walk through. 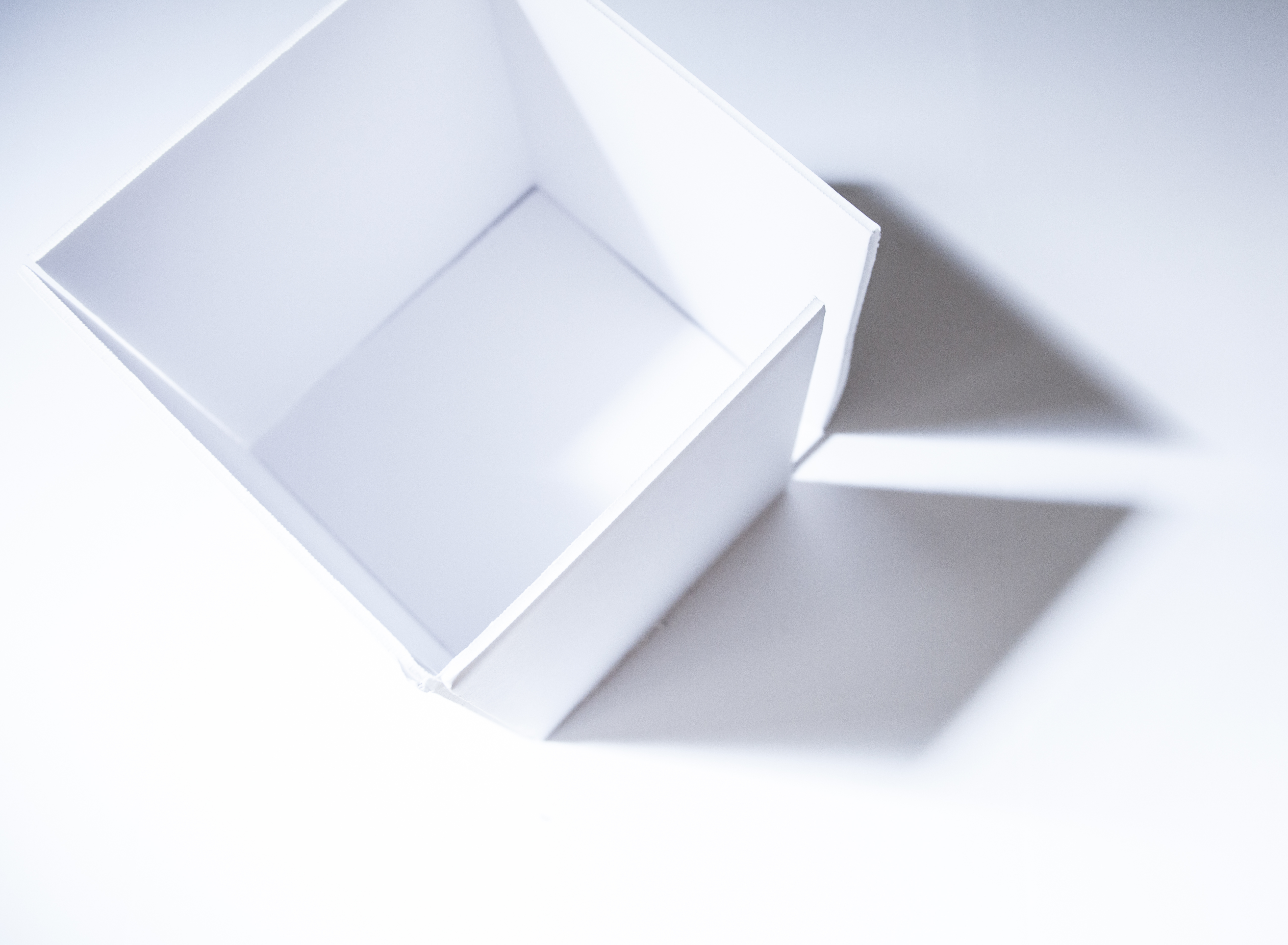 Although the scripture in Job I selected is complex, grand, and even terrible in its depiction of the mysteries and power of God, my particular focus is towards the small, sweet, whisper that comes after the sacrifice of one’s life. It is like a narrow gate—a tight opening. 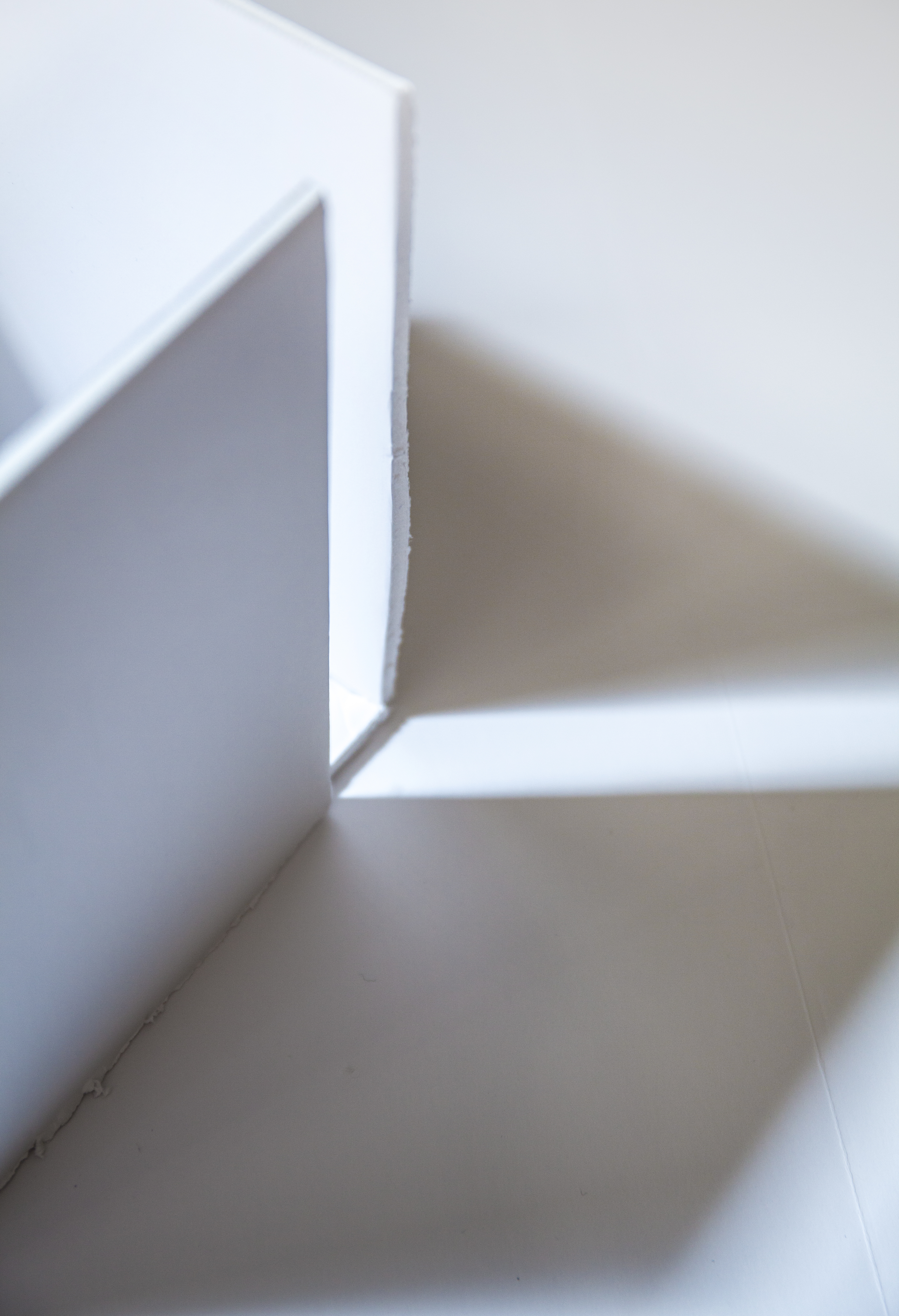 Currently, I have selected materials such as the frame and turf that will be used to create the field. I have already employed one builder to assist me in building the sculpture. I am sourcing the mirrors from a construction supply company that works in large scale wall installations. My hope and prayer is that there is a venue in Hell’s Kitchen who will approve the building of the sculpture on their roof. 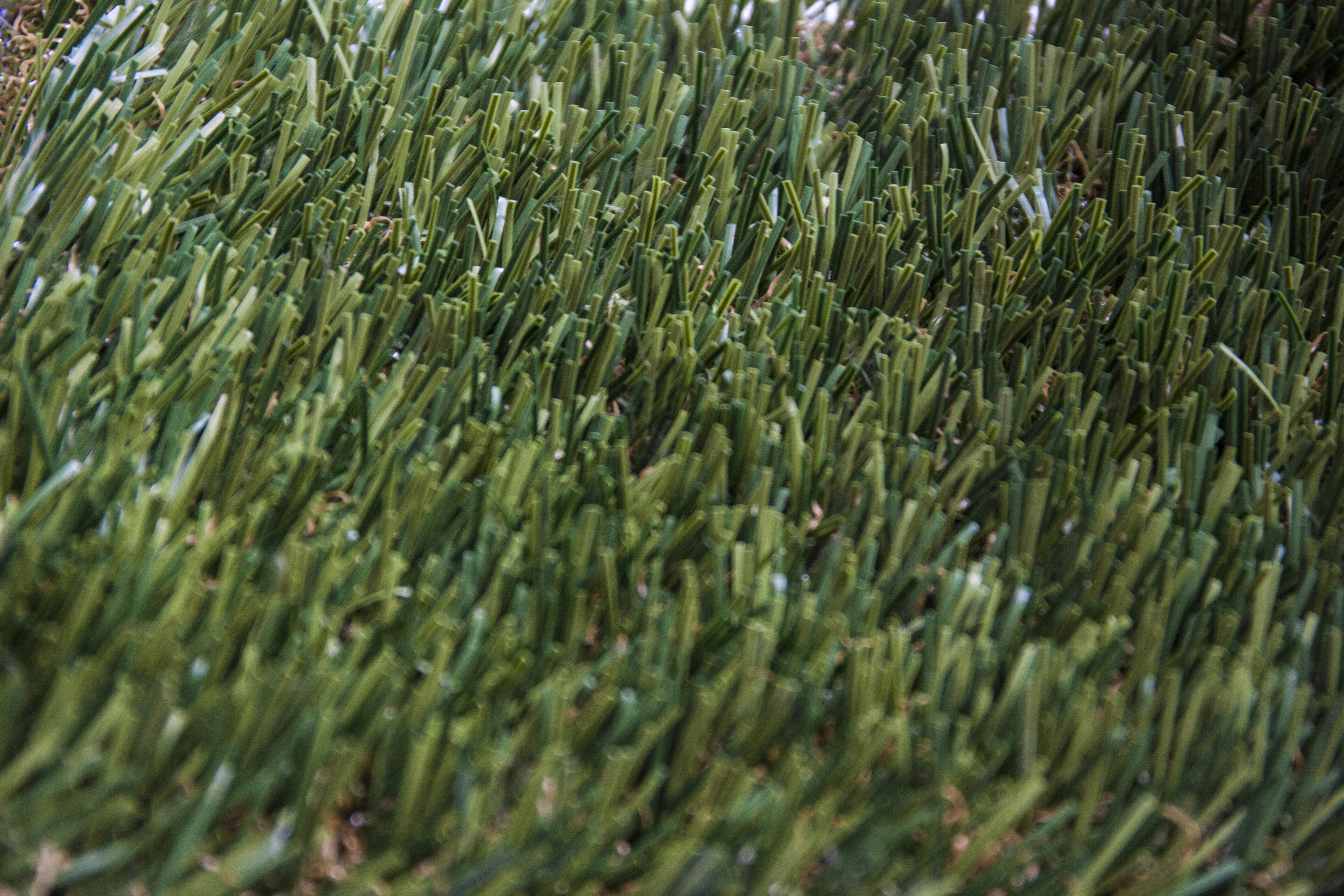 In the next two weeks, I hope we will have a secured space allowing building to start in about two months. Build time is expected take roughly one week.

As always, when embarking on installation projects, the vision at the beginning changes as needs and hurdles come up. For example, in the original computer rendering, the entrance to the sculpture wrapped around one wall to create a thin corridor. In creating the material model, however, I found that keeping one wall slightly shorter created a simpler design that was more intuitive to enter. 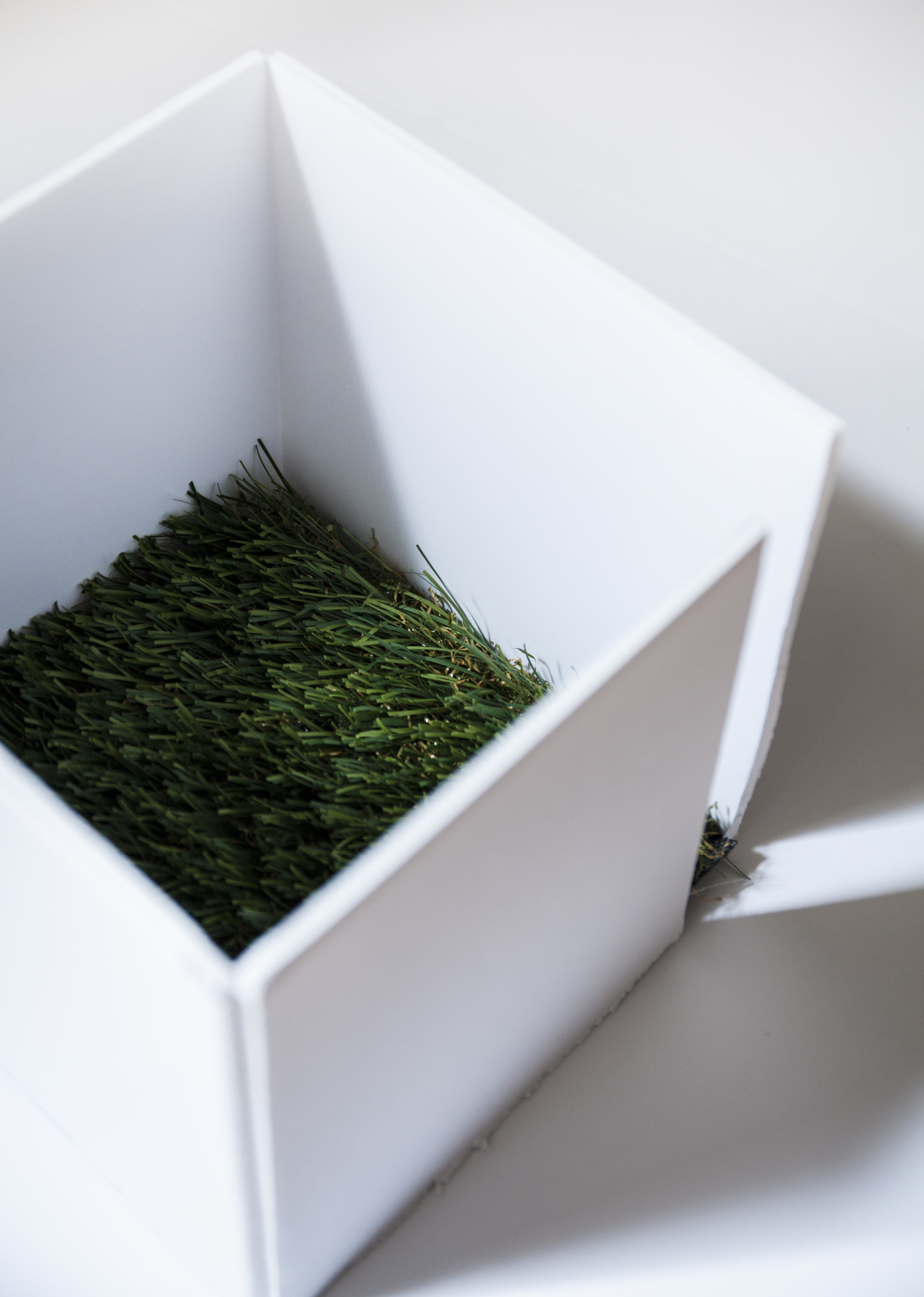 Follow the development of Elias’ project by reading his first and third posts as the 2018 Artist in Residence.