But who are you, O man, to answer back to God? Will what is molded say to its molder, “Why have you made me like this?” Has the potter no right over the clay, to make out of the same lump one vessel for honorable use and another for dishonorable use? What if God, desiring to show his wrath and to make known his power, has endured with much patience vessels of wrath prepared for destruction, in order to make known the riches of his glory for vessels of mercy, which he has prepared beforehand for glory—even us whom he has called, not from the Jews only but also from the Gentiles? As indeed he says in Hosea, 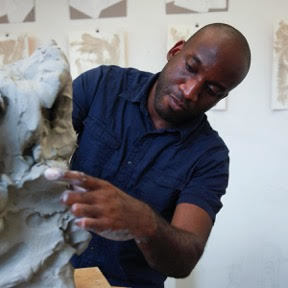 My second post is a continued reflection on the themes present in Romans 9:20-26. In fellowship recently I discussed with friends the understanding that ultimately everyone in the world is an eternal being with one of two destinations - in our outside of relationship with God. It could seem unfair to think that the choice of which destination one is destined for is not under individual control but controlled by the external will of God. Our good deeds and obedience fail to justify us before God for to him we are all broken vessels deserving of destruction because of sin. It is only in the person of Christ, his taking on the destruction (death as the penalty of sin) that we deserved, that broken vessels like myself, and all who confess him as Lord and Saviour, are turned into vessels for God’s use and glory. “Bam Bam” is a loose Caribbean slang term used to express trouble, exclamation or engagement in a range of carnal activities. I use it in titling this work as a general expression of humanity’s condition of brokenness and separation from God apart from Christ. The dome-shaped ceramic objects can be read as either a type of gravestone or a vessel. They are all composed of the same material with fractured seams and cracks. The difference between them is the maker’s/mover’s choice to flip and see them in one way or another. 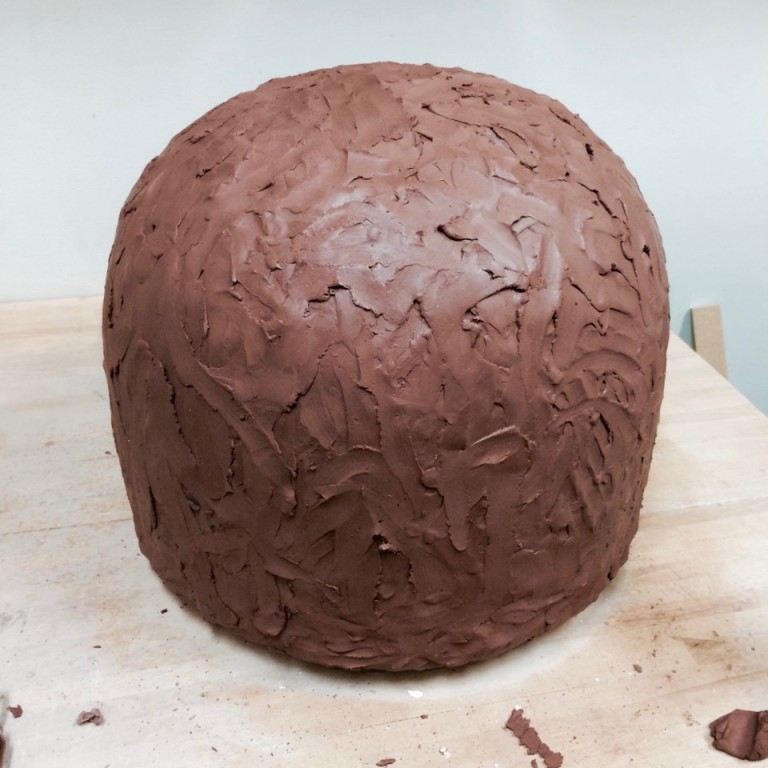 The finalized and textured model ready for the production of a plaster press-mold. 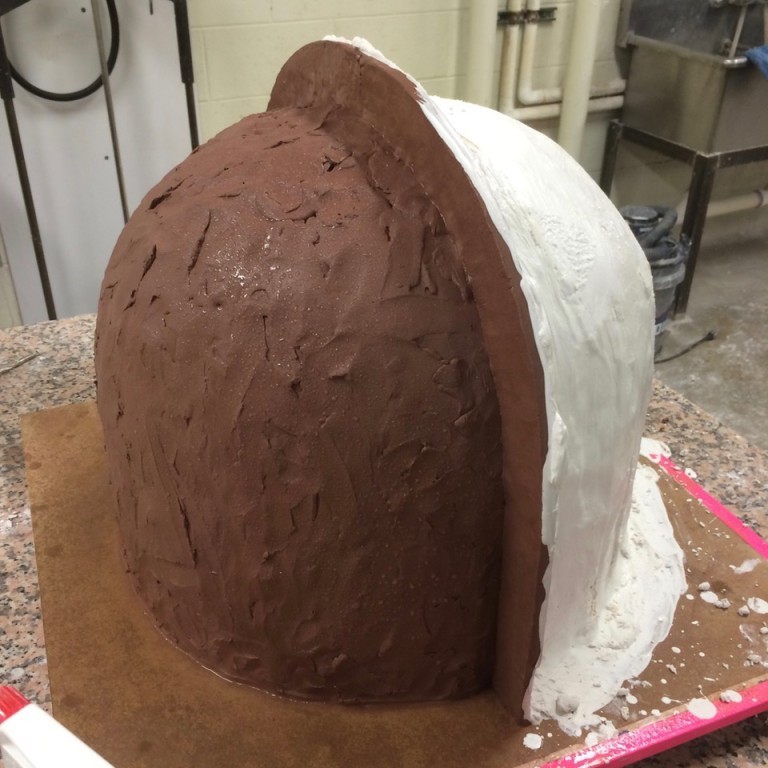 Making a two-part plaster press-mold from the clay model. I start by preparing one side/half first, followed by the other. 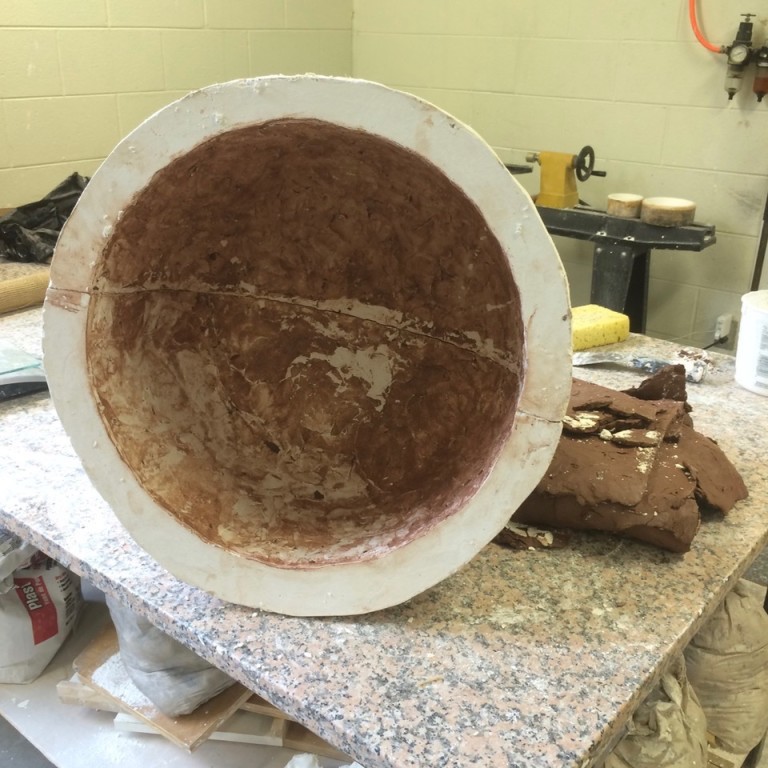 The interior of the freshly made plaster press-mold. It is a negative form of my original clay model. 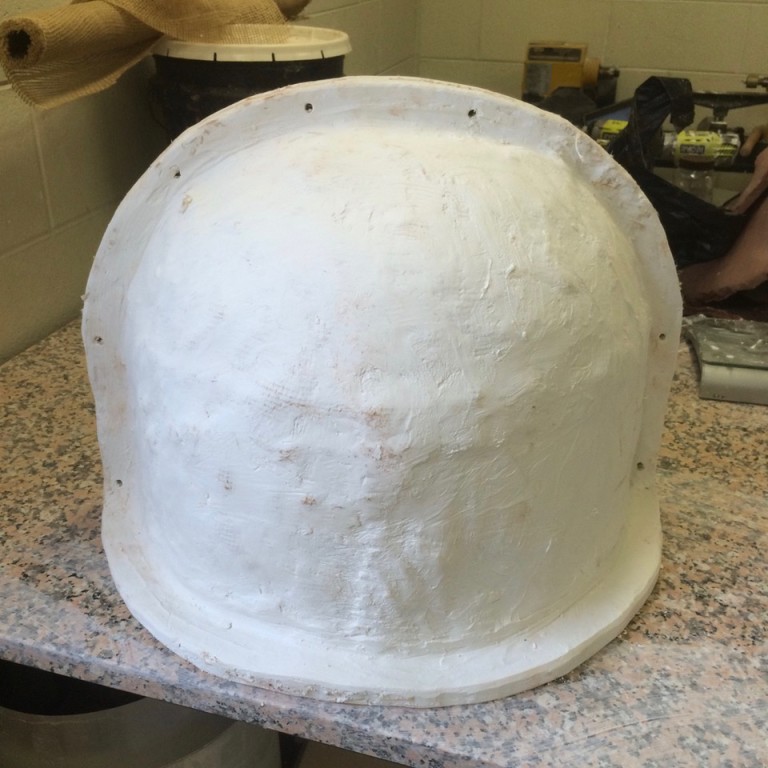 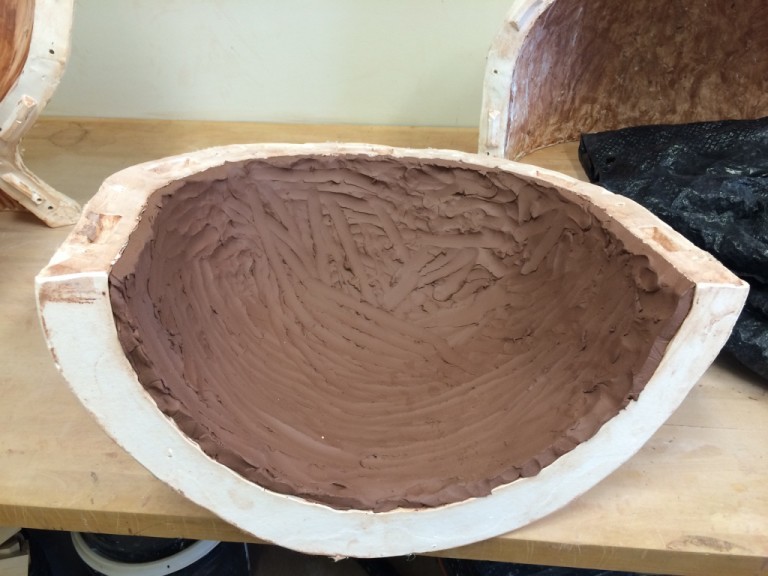 A layer of clay is pressed into each part of the two-part mold. 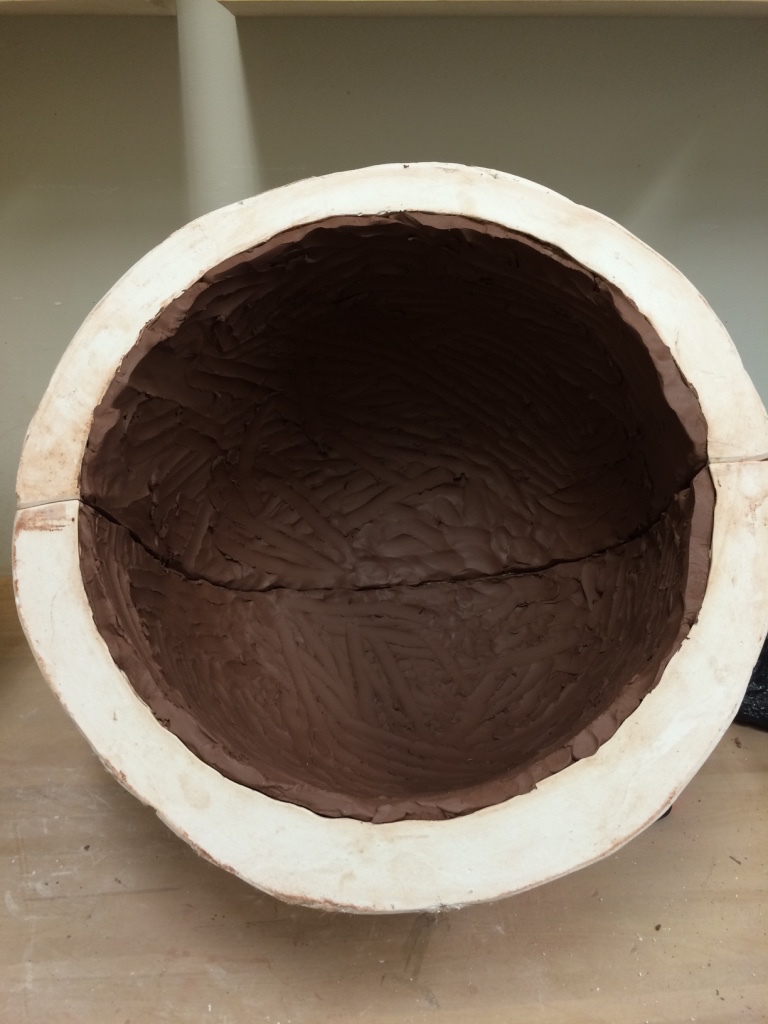 Both parts of the clay within the mold are brought and blended together. 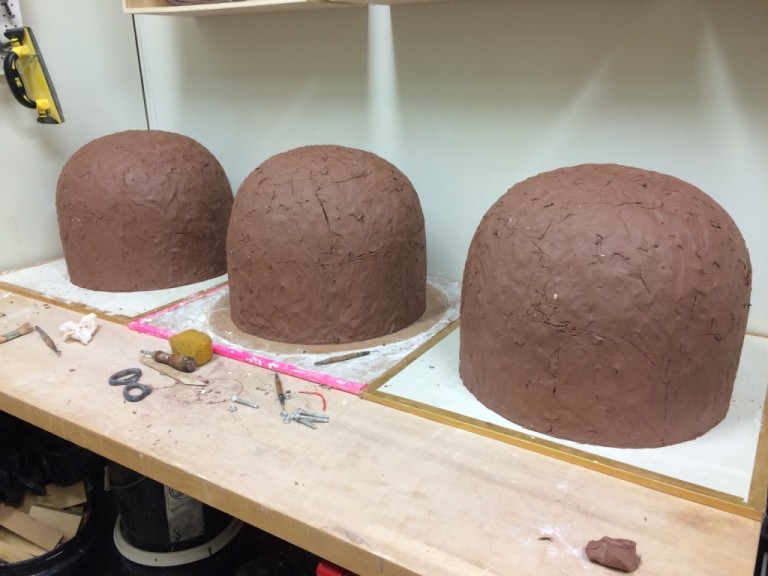 After a little bit of drying time freshly pressed casts are removed from the mold and set out to dry. 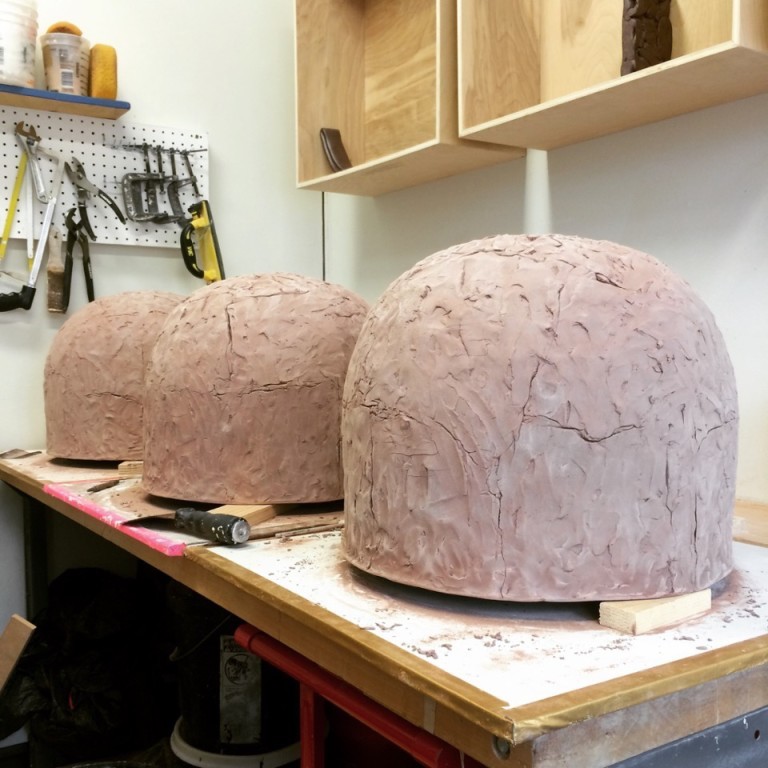 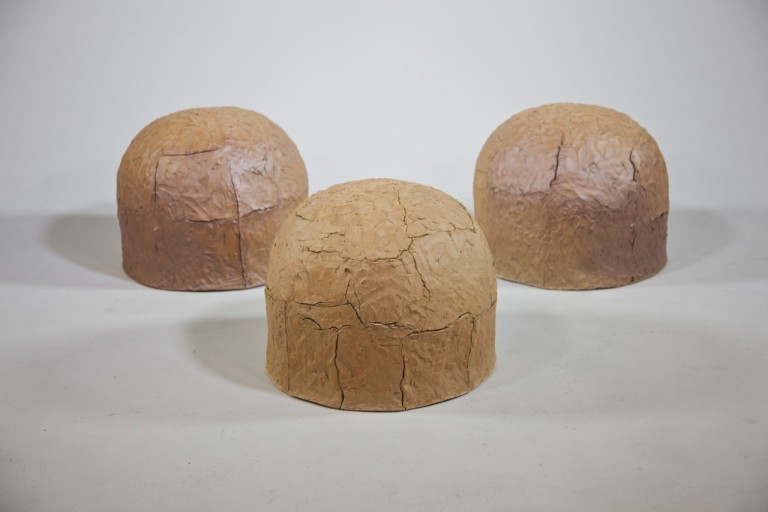 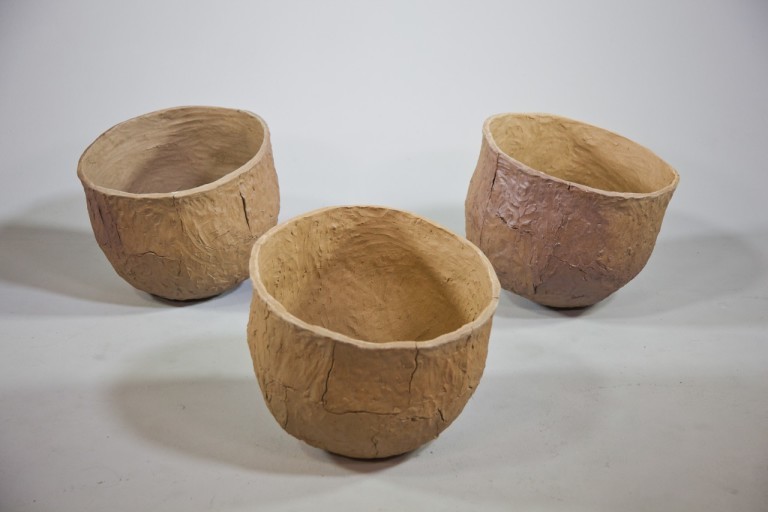 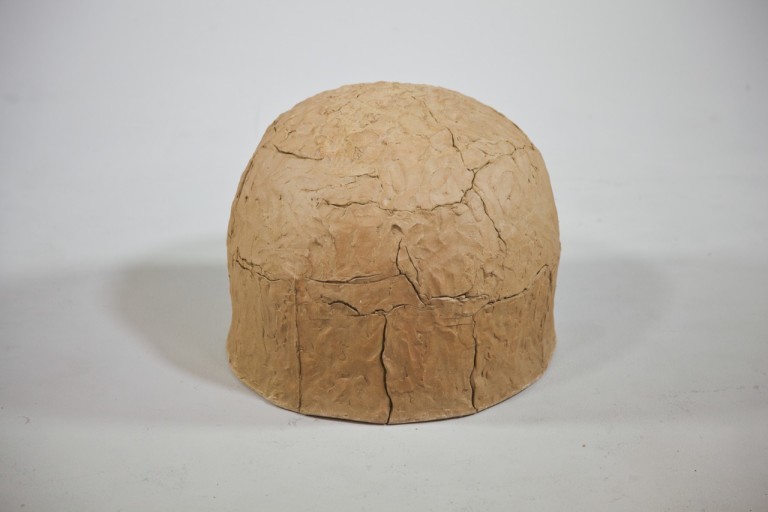 Follow the development of Ebitenyefa’s project by reading his first and third post as a 2016 Artist in Residence.