When the hour came, Jesus and his apostles reclined at the table. And he said to them, “I have eagerly desired to eat this Passover with you before I suffer. For I tell you, I will not eat it again until it finds fulfillment in the kingdom of God.”

After taking the cup, he gave thanks and said, “Take this and divide it among you. For I tell you I will not drink again from the fruit of the vine until the kingdom of God comes.”
And he took bread, gave thanks and broke it, and gave it to them, saying, “This is my body given for you; do this in remembrance of me.”

In the same way, after the supper he took the cup, saying, “This cup is the new covenant in my blood, which is poured out for you. But the hand of him who is going to betray me is with mine on the table. The Son of Man will go as it has been decreed. But woe to that man who betrays him!” They began to question among themselves which of them it might be who would do this. 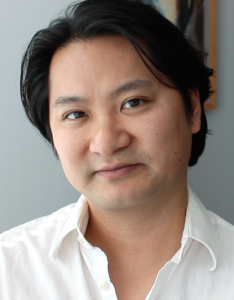 About this time a year ago, I was one of forty-eight playwrights commissioned by The Flea Theatre to write a short play in response to the York Mysteries Plays, a collection of forty-eight pageants which covered the sacred history of man from creation to the last judgement. It was a daunting task for everyone involved and one of the most satisfying and fulfilling projects I’ve ever worked on. Along with over fifty actors, and our intrepid director Ed Iskander and equally intrepid dramaturge Jill Rafson, we created a stunning theatrical evening, lasting five hours with two intermissions. During the two intermissions, dinner and dessert was served to the audience by the cast. These intermissions not only served as meal breaks for the audience, but also a way to interact with the cast members, who were not in character during the break. To experience this as an audience member, this act of breaking bread with actors who are not only serving you your meal, but serving you a full evening of theatre, was, shall I say, divine. This is not a new form of theatre. Many theatres and many productions have done this in the past. But there is something quite different that happens to the audience during this specific interaction with the cast. We are making eye contact with them, talking to them about their day, and accepting a plate of falafel and hummus from them with the same gratitude of a neighbor being invited over for dinner. You are instantly connected to and invested in the cast and you are ready and willing to follow them anywhere, and the dreaded sound of a five hour play suddenly becomes inviting and exciting. So exciting in fact, that I saw the show five times. But what does this have to do with my project? Well, I’m certainly not going create a five hour evening of theatre. But I do envision breaking bread with the audience.

What I propose is a communal evening of theatre, food, improvisation, and game playing based on a section of the Bible. I chose Luke 22:14-48, which covers The Last Supper because it’s the ultimate dinner party. What I envision, and this pushes us into “over-ambitious, likely to fail” territory, is an evening of intimate communal theatre, one that involves a small audience, say, twelve people. And perhaps during the course of the evening, a light meal is served. And perhaps during the meal, each person has to guess who will be Judas. Will it be the person to my right? The person sitting across from me? Will it be me?

As I write this, other possibilities come to mind. Perhaps each dinner guest has a menu with personality traits on it that they have to embody. Maybe there are prompts with simple goals that each dinner guest must bring up and try to achieve. There are so many different ways to approach this. The trick is in finding the most interesting and satisfying solution.

Throughout the life of this project, I will be broadening my understanding of theatre improv and game theory and attempt to bring them together to design a short evening of entertainment and (hopefully) illumination. The theme(s) of the project are not yet set. I think I’m going to allow the themes to reveal itself during the process of creating the evening, and I’ll be documenting that creative process along the way. I expect to go down rabbit holes that lead nowhere. And I will document that as well. Nothing here is proven, and I’m not sure of the outcome. But I am sure that you will at least see the process laid out throughout the year, and hopefully break bread with me one of these evenings. 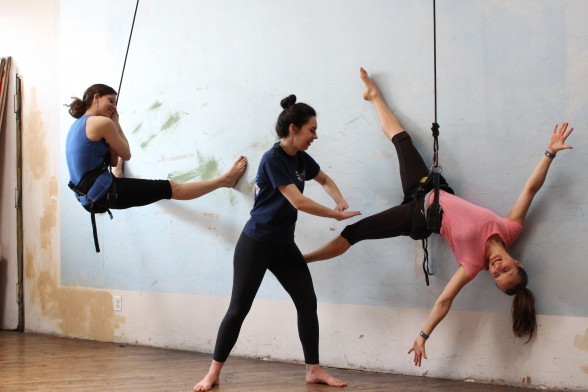 (Photo from aerial workshop of THE IMAGINARY ASSOCIATION OF FLIGHT ATTENDANTS) 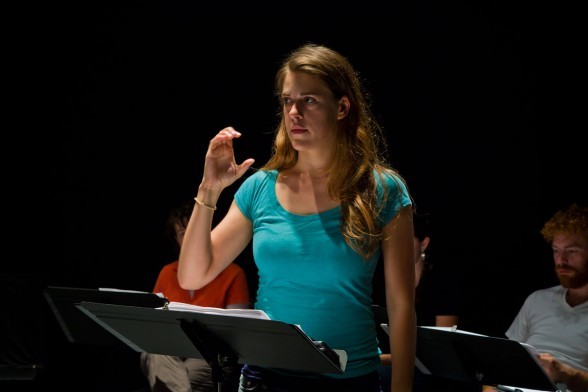 (Photo from SOUND at the Bay Area Playwrights Festival)

Follow the development of Don Nguyen’s play by reading this in addition to his second and third posts as a 2015 Artist in Residence.