All things are wearisome,
more than one can say.
The eye never has enough of seeing,
nor the ear its fill of hearing.
What has been will be again,
what has been done will be done again;
there is nothing new under the sun.
Is there anything of which one can say,
“Look! This is something new”?
It was here already, long ago;
it was here before our time.
No one remembers the former generations,
and even those yet to come
will not be remembered
by those who follow them.

I, the Teacher, was king over Israel in Jerusalem. I applied my mind to study and to explore by wisdom all that is done under the heavens. What a heavy burden God has laid on mankind! 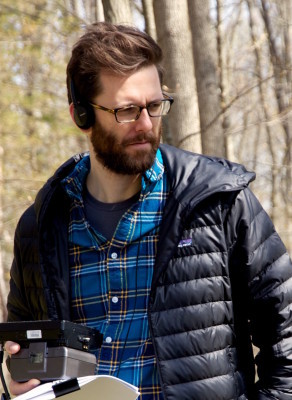 For a couple of summers, I worked as a private investigator, mostly just recording the comings and goings of people into an office building. Someone was suing someone else, and my job was to create a record that they either were or weren’t doing the things they said they were. What I offered was knowledge, information that could be used to make a point or draw a conclusion. But there were always limits to the information I could provide.

In the film I’m developing, those limits are slipping away. If it were possible for a person’s memories to be recorded, accessed, searched, we could know what they knew.

Everything they knew. That kind of knowledge wouldn’t only be sinister — it would be an unprecedented historical opportunity to see, hear and understand what everyone alive has seen, heard and understood. The people who did it could describe themselves as the keepers of the greatest library the world has even known. What might begin as a voluntary way to ensure you leave your mark might quickly become compulsory, to make sure no data is lost.

I’ve written what I think are going to be the two central scenes for the film — well, one scene and one sequence. The film is about a woman who doesn’t want to remember, doesn’t want to be remembered as she was. On the other side are the technicians whose job it is to record her history.

I’m still not sure how these scenes will fit together. To begin with, they both take too long to get where they’re going. But more importantly, while I think they stand well next to each other, they need to integrate in some way. I’d like to avoid a simple cross­cut, since I think that would weaken the one long conversation. The conversation itself is having to do too much expository work, so another scene to establish the world and the rules might likely help. And right now things happen, but there’s no real trajectory to anything.

So yeah, a plot would probably be a good next step.

Read Chris’ first and third post to follow the development of his 2016 Artist in Residence film project.