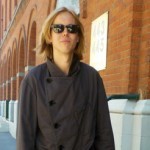 Jeffrey Leiser (Film) is a composer, screenwriter and sound editor. He started in 2001 with his brother Eric’s short film Autumn, moving on to compose original music and sound edit 23 short films and 3 feature films. In 2011, he won a Gold Medal for best use of music in a feature film [Glitch in the Grid] at; the Park City Film Festival. Jeffrey has released 11 albums through iTunes and CDBaby. As a colorist assistant for Technicolor, Jeffrey worked on hit TV Shows like USA’s White Collar and HBO’s Boardwalk Empire, as well as feature films like The Town, Black Swan, and a host of other films and TV Spots. In 2007, Jeffrey graduated from Video Symphony, a Pro Tools accredited institute for post-production. He is the co-founder, with his brother Eric, of Albino Fawn Productions, an independent film company focused on exhibiting experimental, non-narrative, and/or spiritual works. He also wrote the screenplay Finding Infinity, a biopic about Georg Cantor, and Twilight Park, about a boy who gets the chance to live out his grandpa’s past memories.