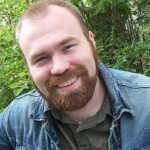 Evan Mazunik (Music) is a composer/performer raised on the prairies of Iowa and rooted in Queens, NY. Fluent in Soundpainting, a sign language for live composition, Mazunik is composer/director for ZAHA, his experimental chamber ensemble. His compositions include commissions for jazz band, chorus, theater, dance, and film, and his work was featured in a documentary for the Finnish Broadcasting Company. Mazunik has performed with Anthony Braxton, Walter Thompson, Carla Bley, Robin Eubanks, Danielson, and Sufjan Stevens, and has played at creative music venues such as Roulette, The Stone, Barbes, and Galapagos. He received a Bachelors degree in piano performance and a Masters in jazz studies from the University of Iowa and has taught improvisation at the University of Indiana and the Royal Academy of Music in London. Mazunik currently serves as music director at Resurrection Presbyterian Church in Brooklyn, where he infuses ancient liturgy with contemporary innovation.