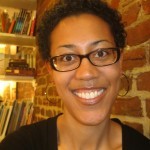 Emily Ruth Hazel (Literature) is a New York City-based poet and writer who is passionate about making poetry accessible to a diverse audience of readers and listeners. Twice she has been awarded a Dorothy Sargent Rosenberg Poetry Prize in a national competition for emerging poets. A collection of her poetry, Body & Soul (Finishing Line Press), was published as a finalist in the New Women’s Voices competition. Her work has also appeared in Kindred, Magnolia: A Journal of Women’s Socially Engaged Literature, Brown Alumni Magazine, The Mochila Review, Texas Poetry Calendar 2014 (Dos Gatos Press), Deep Waters (Outrider Press), The Heart of All That Is (Holy Cow! Press), and Mercury Retrograde (Kattywompus Press), among other publications.

A graduate of Oberlin College’s Creative Writing Program, she has led creative writing workshops for youth at schools, libraries, and community centers in Massachusetts, Ohio, New York, and South Africa. She has also mentored underserved teens through Girls Write Now, a nonprofit dedicated to nurturing the next generation of women writers.

Emily enjoys cross-pollinating with artists of all kinds and has performed her work solo and collaboratively at numerous events. Two of her recent appearances were at the International Arts Movement conference and at the album release concert for “Soon We Will Not Be Here” by James Hall Thousand Rooms Quartet, a CD featuring poems transformed into songs by jazz trombonist/composer James Hall. You can connect with Emily on her Facebook Artist’s Page: facebook.com/emilyruthhazel.

She was also a Spark+Echo Arts Artist in Residence for 2013.