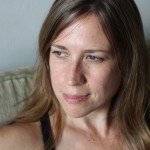 Elizabeth Dishman (Dance) Originally from Colorado, Elizabeth lives in Brooklyn with her deep-hearted husband and two unfathomable sons, who provide more joy and challenge than she could ever dream…or wish on anyone. She began choreographing professionally in 1996 and earned her MFA in Choreography from The Ohio State University. She is the artistic director of Dishman + Co. Choreography, a nonprofit dance theater company based in New York City, where her work has been presented at Triskelion Arts, BRIC Studio, Marjorie S. Dean Little Theatre, and 100 Grand, among other gracious venues. She has received numerous grants and fellowships in support of her dances, which have been described by critics as “complex skeins and cerebral dreams”, “bodies in rigorous concentration”, and “playful and provocative…raw humanity seeps in”. In her work, Elizabeth seeks intersections between the abstract and theatrical, the universal and deeply personal, and thanks/blames her family members for most of her recent source material. www.coriolisdance.org