Spark+Echo Arts is the coming together of thousands of patrons and artists from around the world to illuminate every verse of the Bible through the arts.

Patrons are given “sparks” to vote on which verses are illuminated next, suggest artists, and encourage works in progress.

Artists apply or are invited by our team of curators. Selected artists chose a passage, respond freely, and their new work is premiered here on SparkandEcho.org, a unique platform that elegantly weaves stunning art with Scripture.

The project was founded in 2010 in NYC by Jonathon Roberts and Emily Clare Zempel; artists who love the Bible and the process of creating art in response to it. They wanted to create a community platform where others could have these same kinds of transformative experiences. We feel that something special happens when you simply open the Word and creatively respond to it. So, the project continues that tradition: Give incredible artists a spark to respond to the Bible and trust that remarkable things will happen.

Artists that create for Spark+Echo Arts come from a wide range of backgrounds. They are urban, rural, religious, secular, from diverse ethnic and cultural backgrounds, at different places in their careers; they create in every style and discipline imaginable, are deeply familiar with the Bible, or rarely open it. Our philosophy is that the Bible is ceaselessly relevant to any person, anywhere. With the help of our patrons and community, we curate phenomenal artists from all over the world, letting Scripture speak through them and their life experiences.

We respect the artist, the Bible, and the audience. We ask each artist to approach the task of responding to the Bible with an open mind, to focus on the passage itself, to treat the text and our audience with respect. Likewise, we respect each artist by giving them the freedom to respond in their voice and not censoring their work or process. (Refer to the end of FAQ for more on this topic.) Finally, we ask our audience and patrons to approach each response with an open mind, with that same kind of respect.

Through this approach we will all experience the Bible in a new way: we’ll hear a verse come to life in ways we never imagined, watch world-class artists wrestle with Scripture in powerful ways… thousands of times over. This is a truly one-of-a-kind, giant, never-been-done-before project, a community effort of epic proportions! Join us!

How to Get Involved

Become a Patron and “spark” verses and works in progress–-leave comments on a verse with your ideas for how it should be illuminated. Explore the Bible and discover art. Suggest yourself as a potential Spark+Echo Artist. Follow on Facebook, Twitter, or Instagram––every work has a hashtag and a comment thread, so get involved in the conversation. Learn about our financial vision and how to support it with a major gift or non-cash asset.

This project began in 2010. Our goal is to have the entire Bible illuminated by 2030. As of 2018 it will take 4,000 more works to illuminate the entire Bible. This will be achievable over the next twelve years if we have a full house of 2,000 patrons. Learn more about how we will achieve these goals.

Because the Bible is relevant to all people in all places…

Because all artists in all places are image bearers of God…

Because artists have a pervasive impact in forming culture…

Spark+Echo Arts forms communities of artists who engage with and create in response to the Bible.

If we are successful…

Artists are affirmed in their calling.

Artists connect deeply to God and one another.

Artists from diverse spiritual and cultural backgrounds work with each other.

The Bible is recovered as a common subject of artistic conversation and creation.

Artists provide the curious with new forms of engagement with scripture.

Every verse of the Bible will be illuminated with art, music, theatre, poetry, dance, or film by Christian and non-Christian artists from every nation across the world. 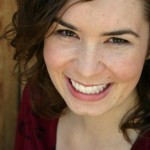 Rebecca Testrake (Interim Executive Director) is an artist turned theologian. She has a background in theatre, creative writing, and painting. Favorite performance credits include Grace in Life Without Parole, Lydia in Pride and Prejudice, and Gay Wellington in You Can’t Take it With You. A graduate from Fuller Theological University, she received her Masters of Divinity with an emphasis in Worship, Theology and the Arts and was a recipient of the Brehm Scholarship. She is the founding member of her experimental band, Sound Quilt: a project which interpreted original poems into songs and then music videos. A Southern California native, she thoroughly enjoys visiting NYC. 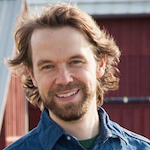 Jonathon Roberts (Co-Founder) is a composer, sound designer, and arts leader. He is currently an audio engineer for Gimlet/Spotify, where he mixes, sound designs, and composes music for scripted fiction podcasts. He co-founded Spark+Echo Arts with his wife Emily Clare Zempel in 2010 and shaped the project as its Executive Director for ten years. He has toured the country with a solo theatre piece about the Apostle Paul, played in a popular downtown NYC absurdist comedy band, created the family podcast, “ComposerDad vs. Bible”, and released four albums including the latest, Cities a song cycle personifying biblical cities. He and Emily live in the Hudson Valley, NY, with their two boys. www.jonathonroberts.com 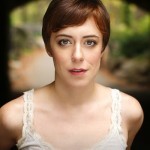 Emily Clare Zempel (Co-Founder) is an actor, professor, and musician based in Beacon, NY, who received her MFA from Brooklyn College. Favorite credits include Katherine in Love’s Labour’s Lost at Milwaukee Shakespeare, Ophelia in Hamlet at Baltimore Shakespeare Festival, and Wittenberg at Rep Stage, which was nominated for a Helen Hayes Award. She is a theatre professor at Manhattanville College and continues her Shakespeare studies at the Shakespeare Institute in Stratford, U.K. She sings, plays bassoon, ukulele, and guitar in the Spark & Echo Band and has co-created the original play Esther with Jonathon Roberts and Chris Cragin. www.emilyclarezempel.com

Spark+Echo Artists in Residence spend a year developing and creating a major work in response to Scripture. Learn more about the program and this year’s artists. 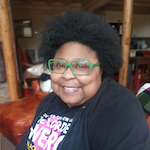 Davelyn Hill (Poetry) is the Program Director for Speaking Down Barriers. She has a Masters in Marriage and Family Therapy from Converse College where she is working on a second Masters in Creative Writing with an emphasis in poetry.

Known as “Davelyn Athena” in some circles, she is also an author, poet, and intuitive painter. She has featured at “Say it with Slay’” in Spartanburg, SC. Her art has been displayed through Spark and Echo, the National Equity in Medicine Online Gallery, and Neue South SPACE Walk. Davelyn Athena is a two-time Haiku Champion at Say What Haiku slam through Wits End Poetry. She recently held an online auction of her art to raise funds and awareness for a campaign to provide healing and resources to Black women who have been previously incarcerated.

Alongside providing counseling services, she has led support groups, presented research, and conducted university presentations around racial trauma and oppression. Most recently she has been coordinating with funeral personnel around issues with grief and is a part of a team of facilitators presenting public series on the grieving process. Davelyn is also a Level II Reiki Practitioner of the Usuimethod. She is a spiritual director, healer, life map retreat provider and spiritual midwife. 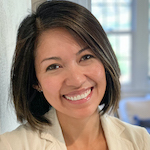 April Knighton (Visual Art) is a Chicago-based artist as well as a registered art therapist and licensed clinical counselor. She received her Master of Arts in Art Therapy from the School of the Art Institute of Chicago (SAIC) in 2012 and has extensive experience helping individuals struggling with depression, anxiety, substance abuse, sexual assault, and trauma.

She currently works as an art therapist/psychotherapist at a private practice using integrative, trauma-informed, and compassion-focused therapy. A certified Mental Health First Aid Instructor, accredited by the National Council for Behavioral Health, April previously worked as the Mental Health Promotion Specialist and Art Therapist at SAIC, managing a federal grant from the Substance Abuse and Mental Health Services Administration (SAMHSA), providing therapeutic support to students, and curating a variety of art exhibits showcasing art and its ability to transcend stigma.

Her work at SAIC also focused on initiating creative programming that promoted mental health and wellness, which was featured on NBC’s TODAY Show and highlighted by professional organizations — including the Association of Independent Colleges of Art and Design (AICAD), American Art Therapy Association (AATA) and Illinois Coalition Against Sexual Assault (ICASA). 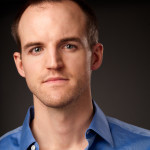 Michael Markham (Film + Theater) is an actor/filmmaker/photographer based out of New York City. As an actor his favorite roles in New York include Platonov in The Spectacular Demise of Platonov at Shapiro Theater; Frizer in Christopher Marlowe’s Chloroform Dream at The Red Room, Giant in Giants at HERE; and The Singing Soldier in Mother Courage and Her Children at The New York Shakespeare Festival in Central Park. Film and television include Law and Order; Coda, Terminal Legacy, Black Card, Fumes, Blind Date, and Last Girl Left. Regionally he has performed in A Little Night Music, Hamlet, the title role in Julius Caesar, and The Ibsen Project: A Lonely Light. His photography has been featured in Skating Magazine, online at FromThisTerrace.com, and the international The InsideOut Project from artist JR.

Michael graduated from the Juilliard School Drama Division, and has a Bachelor’s of Arts in Acting from Washington University in St. Louis. Michael grew up in Montpelier, VT but has lived in New York for over 13 years. He currently resides in Harlem with his wife, Karen, daughter, Claire, and their 2 cats. 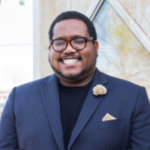 Darryl Ratcliff (Literature) is an artist and poet based in Dallas, TX and is the founder of the North Texas poetry label Pink Drum. As an artist his work focuses on the topic of cultural equity, and his projects include Ash Studios, Creating Our Future, and Michelada Think Tank.

Ratcliff is a recent recipient of artist awards from the Dallas Museum of Art, Nasher Sculpture Center, and the Office of Cultural Affairs, City of Dallas. His project, Ash Studios, was awarded Best Gallery or Art Space by D Magazine in 2016.

Jonathon Roberts (Music) is one of the co-founders of Spark+Echo Arts, as mentioned above, and now serves on the board of directors.

This website was built by Cantilever, a digital agency based in Northern New Jersey with clients and staff around the world. The project was managed by Ty Fujimura, with design by JT Fridsma, backend development by TJ Draper of Buzzing Pixel, and QA by Chris Pau.

This iteration of Spark+Echo Arts would not be possible without an extensive research and development process led by Matt Steinruck of Big Picture Studio. We are also grateful for valuable support from American Bible Society, Creative Gift Foundation, and Volunteer Lawyers for the Arts during our developmental process.